Bloomsday to be Celebrated at the Rosenbach 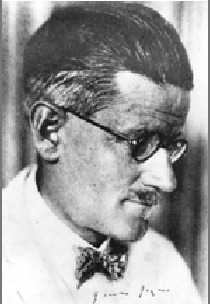 The Rosenbach Museum and Library of Philadelphia will be hosting its 16th annual Bloomsday celebration on June 16. Bloomsday is the commemoration of James Joyce's novel Ulysses, celebrated in novel ways around the world. It is most associated with Dublin, site of Joyce's story, where revelers have been known to dress in period costume and visit the places Joyce described. However, Philadelphia and the Rosenbach have their own special call on Joyce's tale.

Bloomsday is named for the protagonist in Ulysses, Leopold Bloom. The book recounts a day in his life, June 16, 1904. He wanders around Dublin and relates his experiences in great detail. Some say excruciating and abstruse detail, others in insightful and poetic detail. Most are ambivalent, never having had the courage to plow through this lengthy narrative. Ironically, for those not versed in speed-reading, it will take far longer to read about that day in Bloom's life than it took him to live it. However, it must be said at this point that those who appreciate Ulysses do so in the extreme, and there are many who consider it the greatest novel of the twentieth century. The Modern Library, a division of publisher Random House, has called it the century's greatest work of English literature.

Now for the Rosenbach connection -- Joyce's manuscript for Ulysses is held by the Rosenbach Museum. As to how it came to reside in Philadelphia, credit the brilliant first half of the twentieth century bookseller Dr. A.S.W. Rosenbach, who with his brother founded the museum and library which carries their name. Rosenbach realized the importance of this novel and its manuscript immediately when the latter came on the market in 1924, just two years after the book was published. He purchased the manuscript, and though a bookseller, held on to it for the remainder of his life, leaving it to the museum.

The Rosenbach's annual Bloomsday celebration will take place, naturally, on June 16 from 10:00 a.m.-5:00 p.m. at the museum, 2010 DeLancey Place. It will feature readings from Joyce on the museum steps by numerous Philadelphia celebrities and personalities, along with an exhibition of Joyce material. The celebration is free and open to the public. Everyone is invited. For more information, visit the Rosenbach website at www.rosenbach.org.