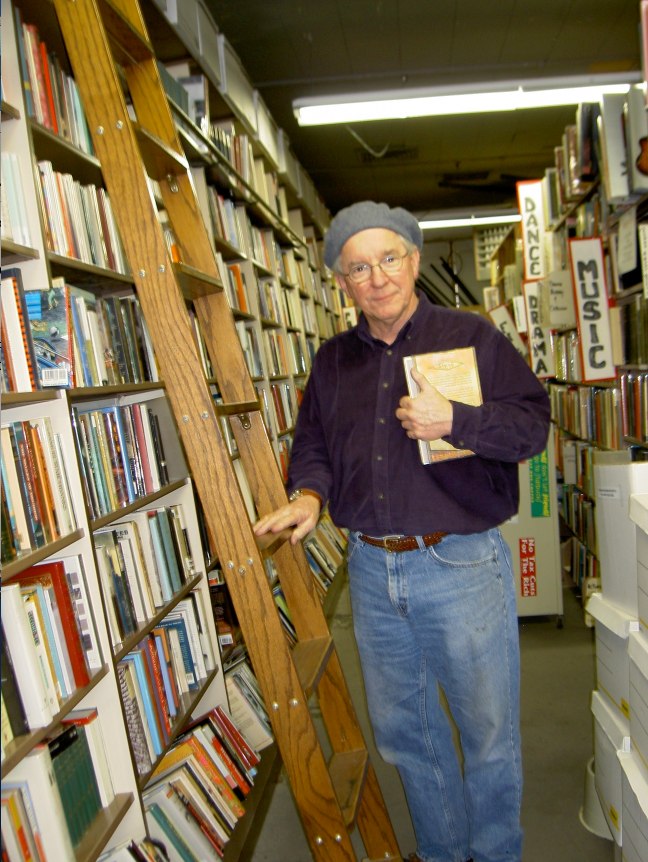 Greetings from the road. We always celebrate the month of February and our favorite holiday, Valentine's Day, by taking off to a warmer part of the world. By February, we're pretty darned sick of winter up here on our mountain top. This year we decided to go visit friends in the southern part of the U.S. As it turns out, it's colder here, with the humidity, than it was in Northern Nevada!

Another pal in Biloxi, Mississippi asked my husband, the master boat carpenter, to do some interior woodwork on his boat, which was seriously trashed during Hurricane Katrina, so we'll be there in March and in the next two months, I'll impart some of our experiences. We'll be spending a month in Katrina country, so I will also do some follow-up on my earlier articles about Katrina vs. booksellers.

We left our home town of Virginia City four days later than we had hoped so we didn't really stop anywhere except to eat, sleep and let Ginger, the wonder dog, out for a sniff and a snack. We sped down highway 95 which has a speed limit of 70 mph which we stayed within, but we were often passed as if we were standing still. We stayed one night in Beatty, Nevada, and ate bad casino food for dinner. Beatty is three-fourths of the way to Las Vegas on the south end of the "Red Light Highway". One will be driving along admiring the solitary, elegant serenity of southern Nevada and suddenly there will be a red beacon and a gaudy, flashing neon sign advertising "The Playmate Ranch" or "Dorothy's Day and Night" (".... if you're old or mean or ugly, you'll have fun if you got the money," from a song by Will Rose, a Nevada song writer.)

As we cruised the desert on the way to our first night's stop, we passed the gov'mnt gunnery range where they were strafing the sand along the highway; not close enough to be too nerve wracking, but close enough to get our attention. Next we passed the yucky Yucca Mountain radiation dump and shortly thereafter breezed through Las Vegas.

We had not been through Vegas for probably twenty years, and the growth was staggering. There were a zillion ticky tacky houses that look as though some giant had vomited them out onto the beautiful desert landscape. You could tell that in fifteen years or so they would be falling-apart slums. Since we had to be in Albuquerque the next day, we decided to do a bookstore search in Vegas on the way back to Nevada in April. I don't really hold out a lot of hope.

We stayed in Flagstaff, Arizona the next night. We arrived too late to do any book shopping or interviewing but had dinner at a recommended place called The Cottage. It was vastly overrated, heavily saucy French cuisine and way too pricey for what we got, so we won't go there again. Flagstaff is a college town so there should be some pretty decent bookstores there; we'll put that on the "Come Back Through" list.