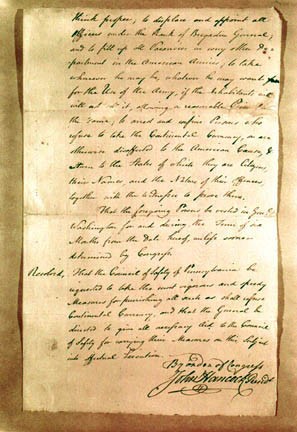 
releases. Today, when stories of cultural interest are less featured in daily newspapers, it is amazing to look back and see how much space was devoted to Dr. Rosenbach and his books. During the 1930s, when he was buying only very occasionally an item which by its sensational price was newsworthy, he received more publicity than at any time during his whole life. Accounts of fabulous purchases of the past were rehashed over and over again. The treasures of the accumulated stock were enlarged upon in their dollar-heavy richness….The Dr. R who is remembered today is the figure who emerged from reporters’ interviews, columnists’ gossip, and freelancers’ stories. A.S.W. Rosenbach was news. He looked the part, acted it, and produced books and documents to substantiate his claims.
---Rosenbach, pp.249-250.

Also it’s important to realize that Rosenbach was in the right place at the right time. When he was in business, the great families of Europe were cash poor and book rich. American industrialists shared an interest in books as collectible objects. With his doctorate in English literature, [A.S.W.] Rosenbach knew books intellectually as well as commercially, which distinguished him from other dealers. Henry Huntington, Henry Folger, the Widener family: all were mentored by Rosenbach.

…After the biggest sales were over, Dr. Rosenbach spent [time] charming the possessors of libraries who were still reluctant to throw their books to the chances and notoriety of the auction rooms and who in some cases were reluctant to sell at all. It was Dr. Rosenbach’s reputation as a “scholar” which got him into muniment rooms and private collections where a “dealer” would have been denied admittance. There was a lingering, Victorian class consciousness among the country gentry who looked upon a bookseller, be his trade in old or in new books, as a tradesman.           ---Rosenbach, p.173.

No unleashed greyhound ever bounded faster after rabbit than the portly Doctor rushed to the books. Shane Leslie [a
bibliophile and colleague], who had seen him in action before, watched the succeeding performance in dumbfounded amazement. Dr. Rosenbach ran his fingers along a shelf, gently pulled a volume down, blew the dust from the top, opened it, and placed it on a table in the center of the room. Again and again he repeated the process, quickly, unhesitatingly, with calm assurance. In a matter of minutes, it seemed, he had skimmed along the last shelf, and on the table was a not impressively large pile of old books. What had amazed Leslie was that the Doctor, almost as if he knew the shelves by heart, had picked here a book, there a book, and then was through. It was magic, but it was the real magic of Dr. R’s genius. He had a highly developed bibliophilic sixth sense.
---Rosenbach, p.293.