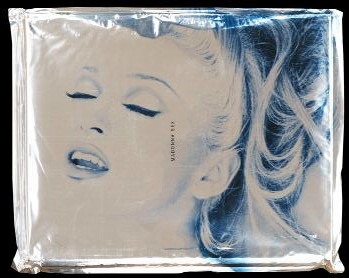 Internet book finding website BookFinder has released its top 10 list of the most sought after used and out of print books for 2006. Being a site where buyers can search many bookselling websites at once for used and old books, BookFinder knows exactly which books searchers want. What emerges is an unusual collection. There are no great classics of literature or notable works of history, but there is self-help, pop interest, a book related to a successful film, and -- surprise, surprise -- sex. The one thing these books have in common is they are hard to find. That, undoubtedly, is why they are so heavily searched. They are not readily available, and where they can be found, the prices are quite high for books of this sort. Now, as to why these books are so sought after, we'll let you reach your own conclusions. For the most part, they seem to lie in that netherland, popular enough to have a devoted following, but not quite popular enough to reprint. Now, here we go, and with a thanks to BookFinder for compiling this interesting list.

10. The list starts with a very hard to find obscurity, One Way Up, a story about helicopter development by John Straubel, published by the Hiller Aircraft Company in 1964.

9. Once a Runner, the 1978 cult classic by John L. Parker that has been praised by many of the great distance runners. A lot of people must be long-distance runners, at least in their dreams.

8. The Secret of Perfect Living, a re-discovered 1963 self-help obscurity by James Mangan, shows how focusing on words can help you achieve everything you desire, or something like that.

7. The Lion's Paw, an out of print children's adventure story about a search for a lucky seashell by Robb White.

6. The Principles of Knitting, a 1988 book by June Hemmons Hiatt which will tell you everything you want to know about needlework, and perhaps a lot more.

5. Treasury of Great Recipes by Mary and Vincent Price, published in 1964. Vincent Price was the great horror movie actor, making you wonder whether these recipes are horrific or good for poisoning people (actually, Price was an accomplished cook and gourmand too).

4. Man in Black, a 1975 autobiography by legendary country singer Johnny Cash, whose life story was made into a film this past year.

3. Touch Me Again, a 1978 collection of poetry from weight loss, skin care, jewelry, food, apparel, and anything else she can sell guru and one-time "Three's Company" star Suzanne Sommers.

1. Sex, a 1992 book by Madonna, BookFinder describes as a "perennial favorite." This book, filled with photographs that could be called either art or pornography, depending on your point of view, was published to accompany her 1992 CD "Erotica." The controversial item has not been republished since, leaving used copies the only source for this strange classic from the ultimate pop queen of music, film, and now books.