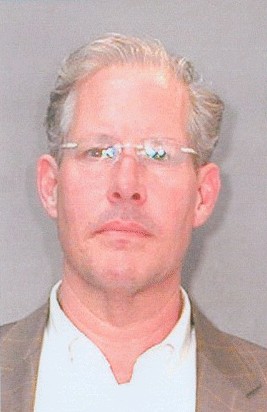 The verdict is in. The United States District Court for Connecticut pronounced its sentence on map seller and admitted thief E. Forbes Smiley on September 27, and when it was over, Smiley must have been smiling just a little. He was sentenced to three and one-half years in prison, essentially what he was hoping for, though not what all of his victims wished. Earlier this year, Smiley reached an agreement with federal authorities to plead guilty to charges with sentencing guidelines of six years imprisonment. However, with prosecutors' tacit approval, the judge reduced the actual sentence on the grounds that Smiley had been cooperative in helping to locate missing maps. In addition, Smiley will be required to pay almost $2 million in restitution, which will necessitate selling much of his property.

When confronted with the evidence, Smiley admitted to taking 97 maps from various rare book libraries, Harvard, two at Yale, New York Public, Boston Public, the British, and Newberry. Over a period of at least several years, he had been going into rare book rooms, razor in hand, and slicing valuable maps out of old books. The procedure came to an end when he dropped a blade on the floor and a sharp-eyed librarian discovered it.

The admission was part of a plea bargain. The prosecution agreed to charge him only for theft of the 18 maps they could clearly prove he stole in return for his telling them about the rest. The FBI came away convinced Smiley told all he knew. Consequently, the prosecution did not push for the full six years recommended in the sentencing guidelines. Some of the American institutions felt the same. However, others, notably the British Library, were less than convinced. Although Smiley admitted to taking one of their maps, three others are still missing, and they came from books Smiley checked out. They evidently do not subscribe to the theory that Smiley told all.

Furthermore, the British Library felt even the sentencing guidelines fell short of the mark. In a brief filed with the court two weeks earlier, they pointed to the many collateral damages emanating from Smiley's theft. For example, irreplaceable items of great historic value are either lost or will never be returned to original shape, their having been sliced out of books and in some cases "cleaned" to disguise their original source. Libraries will be forced to spend more on security to stop "copycats," institutions will have a harder time obtaining donations as donors will fear their gifts will be stolen, morale at libraries has been damaged, legitimate researchers will now have a more difficult time getting access to material. The list goes on. In a poetic comment, the British Library states, "Like a drop of oil on a still pond, the number of his victims spreads with time." The British Library recommended he be given eight years, not the guidelines' six. The Judge did not agree.