Adding Value to Books by Creating a Collection 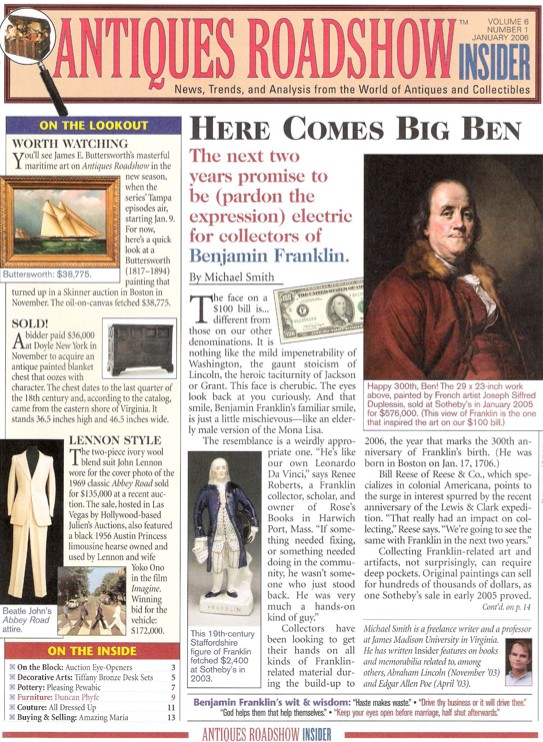 In today's super-competitive, Internet-dominated marketplace, we have seen the value of good, used books, and even some more common rare books decline, as customers now have the option of comparison-shopping with dealers all over the world. This is not new to the marketplace; computer dealers quickly discovered that once generic machines were available, they could not continue to get the higher margins that once attracted people to name brands. Some went out of business and others quickly made adjustments, creating a total gestalt, a value-added package, that included not only the machine, but software, support and training.

Selling books is not entirely dissimilar from the technology marketplace. Bookselling responds extremely well to value-added efforts and especially to product knowledge. The research and knowledge behind an author, an illustrator, a work, or particular subject areas, for example, adds value to each and every listing. We have seen on many occasions that books we have listed have sold, despite lower-priced, comparable books being available, because of the quality of the listing.

With this in mind, we have also worked at developing book collections. Collections are worth far more than the sum of the values of the individual books because they represent additional time, knowledge, opportunity, aesthetics, and value that a buyer may not wish to simulate. They are rare by design, because as a collection, they are unique.

I learned a little about collecting from my father-in-law, Paul Magriel, a legendary art collector, who collected boxing ephemera, American drawings, art nouveau, American still lifes, and Renaissance bronzes, among many other groups of works. He had an impeccable eye and would send his collections to museums all over the country on exhibit, sell each one, and then start over again to build a new collection.

We became interested in one particular work, Benjamin Franklin's autobiography or memoir, a few years ago when we acquired an inexpensive early American reprint and tried to figure out exactly how it stood with respect to a "first edition". It became clear almost immediately that there were problems with even defining a first edition of this work. The earliest book in print (Paris: Buissson, 1791) was a French translation of a pirated, poorly copied version of Part I only of the four parts and the outline that now are thought to represent the extent of the work. There was a Swedish translation of the French (1792) as well as a German translation. The first appearance in English was a translation from the French, again of Part I only, and with little relationship to the original ms. The second appearance in English was a different translation from the French, again of Part I only. In 1818 the first three parts were published from the ms., but were edited, in some places for style, in others for substance. And in 1868, when John Bigelow for the first time published all four parts and the outline, from the original ms., he edited the work as well.