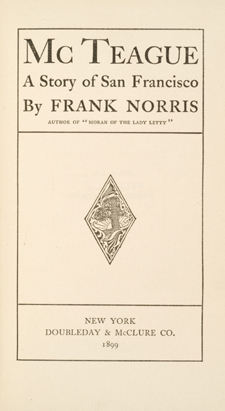 
Without question the most watched book in the sale will be lot 64, John R. Ridge’s The Life and Adventures of Joaquín Murieta (1854), the so-called Yellow Bird. Estimated at $75,000-150,000, it will be interesting if this copy, which has a facsimile wrapper, surpasses the Reglamento. One can only speculate on what might be their fates in the auction room if the two books were in comparable condition. One can truly but speculate what might be the hammer price if a perfect copy ever were sold.

Sloan’s catalogue itself will probably become yet another important California reference source. Gary F. Kurutz, Director of Special Collections for the California State Library in Sacramento, and Dr. W. Michael Mathes, Honorary Curator of Mexicana at the Sutro Library in San Francisco, contributed historical essays on many of The Zamorano 80 titles. Some of these, such as the review of Yellow Bird, its background, and its influence, add considerably to one’s knowledge of the books and their significance. Considerable attention has also been devoted to the maps present in the various works. If The Zamorano Club ever does expand its original list, this catalogue may be on it.