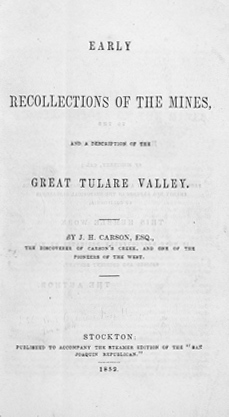 
California entered the imagination of Western Europe as an island. It was many years before this uninformed fiction was finally corrected. The Zamorano 80 includes many works related to the discovery and exploration of the area, although none so old that they contain the island mistake. Crucial to the correct understanding of California’s geography was Miguel Venegas’ Noticia de la California (1757), here in lot 78, estimated at $5000-10,000, in superb condition in original vellum. The maps published in this work laid to rest the island controversy, although Venegas’ manuscript was published almost twenty years after it was completed. The first book devoted exclusively to California is in lot 22, Miguel Costansó’s Diario histórico de los viages de mar y tierra (1770), estimated at $40,000-80,000. This work treats Alta California extensively and drew the attention of England, who also had pretensions in the area because of Drake’s 1579 voyage to the same area. Fortunately for California history, the French explorer La Pérouse returned his manuscripts to France rather than keeping them with him on his ill-fated voyage into the Pacific. The resulting work, Voyage de La Pérouse autour du monde (1797), here in lot 49, estimated at $15,000-30,000, was published by the French government and remains one of the cornerstones of any California collection. The maps in the publication are especially important and are present here in their large paper variants. Some early explorers had to wait, however, until modern times before their contributions could be widely appreciated. One of those was Juan Bautista Anza, who explored and help settle Alta California in 1774. It was not until 1930, when the distinguished historian Herbert E. Bolton published Anza’s California Expeditions, here in lot 7, estimated at $300-600, that the world had ready access to the records of that important expedition. Although the works listed in The Zamorano 80 are hardly an exhaustive list of California explorations and discoveries, it is easy to agree with the compilers that the works of this type that they included are “distinguished.”

In the American imagination, California lives for most people as the place known for the 1849 Gold Rush. In one of those odd accidents of history, a book published before the Gold Rush became one of the principal early guides to the area after gold was discovered. Edwin Bryant in 1848 published his What I Saw in California, here in lot 12, estimated at $1000-1500. Quickly reprinted and somewhat expanded after gold was found, this overland travel narrative guided many emigrants on their way. Contemporaneous with the Gold Rush is F. P. Wierzbicki’s California as It Is, and As It May Be, or, A Guide to the Gold Region (1849), here in lot 79, with an estimate of $40,000-80,000. In addition to being an extremely important work for information about the gold fields, it also must surely be the first book about California written by a Pole. It has long been recognized as the first book in English to be published there. Hard upon Wierzbicki’s heels came Bayard Taylor, who in 1850 published his Eldorado, or, Adventures in the Path of Empire, here in lot 73, with an estimate of $600-1200. Not overtly a guide to the gold region, the work nevertheless is valued for the overall picture it gives of Forty-niner life. (The copy here is the Clifford copy.) Finally, in 1852, James H. Carson published his Early Recollections of the Mines, here in lot 16, with an estimate of $40,000-80,000, its first appearance in book form. It is ironic that events moved so rapidly that a book published a mere three years after the beginning of the Gold Rush would purport to describe “Early Recollections.” This is the Huntington Library—Eberstadt—Streeter—Clifford copy, for which Streeter paid $470.