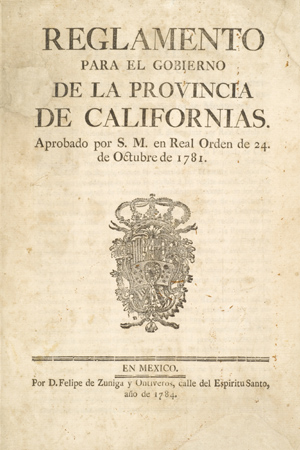 
A significant number of female authors are also present in The Zamorano 80, some of whom have earned enduring fame by their works. In fact, the first two lots in the sale feature books by women. Lot 1 is Gertrude Atherton’s The Splendid Idle Forties (1902), estimated at $100-200. This is an unusual lot because it was originally acquired by Volkmann’s mother, who picked it up at a rummage sale. Lot 2 is Mary Austin’s The Land of Little Rain (1903), estimated at $250-500. Parts of what became this famous book had appeared originally in the Atlantic Monthly. It is still distinguished for its descriptions of the desert and its people. Ina Coolbrith’s Songs from the Golden Gate (1895) is lot 21, estimated at $50-100, and apparently the only volume of poetry in the sale. It is signed by the author. Friend of Bret Harte, Mark Twain, and Joaquin Miller, she became California’s poet laureate in 1915—although that honor did not prevent her from lying in an unmarked grave until 1968. Among those works that backfired and portrayed California as a nostalgic paradise when the reverse was intended was Helen Hunt Jackson’s Ramona (1884), here in lot 46, estimated at $300-600, of which book there have been more editions than there are stars in the night sky. Had its Eastern counterpart, Uncle Tom’s Cabin, received the same misunderstood reception, slavery might still be a revered institution. Finally, lot 69 is a complete four-volume run of The Pioneer: or, California Monthly Magazine (1854-1855), estimated at $2000-4000, in a later binding. This publication contains the famous Gold Rush letters written by Louise Clapp and known as “Dame Shirley’s Letters.” Still read today, the letters rival the prose of her more famous contemporaries such as Harte. Unfortunately, as may be seen from the estimates and from their performance at the Clifford sale in 1994, the market for women’s literature does not seem nearly so strong as is that for their male counterparts, unless, of course, they are included in a major magazine. Lot 69 at the Clifford sale was knocked down for $32,200 on an estimate of $4000-6000, but probably because the material was entirely in parts in pristine original wrappers. It is doubtful that Dame Shirley significantly influenced the price.

California’s political, legal, and social histories are well represented, of course. In this category are found some of the big guns not only in history but also in the auction room. Many of these are in Spanish, about the only category that includes works in that language. Lot 15 is Carlos Antonio Carrillo’s Exposición dirigida á la Cámara de Diputados (1831), estimated at $15,000-30,000. This is the first book published by a native Californian about California, and Carrillo’s ideas were important in attempting to chill foreign emigration to the territory. Reporting on the first permanent settlement in California is the Estracto de noticias del puerto de Monterrey (1770), here in lot 35, estimated at $45,000-90,000. Although there has been some controversy in the past about issue priority, it appears that the folio offered here is the first. Another work concerning colonization in California is José Figueroa’s Manifiesto á la república Mejicana (1835), here in lot 37, estimated at $30,000-50,000. The first real book printed in what is now California, this is an imprint of Agustín Zamorano, after whom the Club is named. Probably the most important and significant work in this category is lot 62, the Reglamento para el gobierno de la Provincia de Californias (1784), estimated at $125,000-250,000. This set of laws, written by Felipe de Neve, continued in force in Upper California until the early 1850s. The estimates for some of these items have advanced considerably since the Clifford sale, where lot 62 brought $97,750, the highest amount paid for any item, on an estimate of $40,000-50,000.