May you Catch and Spread the Collecting Bug

There are many kinds of collectors, their interests and focuses as myriad as the stars in the night sky.  One exceptional practitioner of the craft is sharing his story.  Such opportunities are rare.  Consider his experience.  His name and location are withheld.  It’s the gold standard of impassioned collecting.

When I was 14 years old my family inherited the 19th c. home library of a New York City lawyer from his Upstate New York summer estate. We had been advised that, due to improper storage in cardboard boxes in a wet basement for many years, the books had a bad smell and many of leather bindings were falling apart. The day of the delivery of the library, my four siblings and I stood in the driveway anxiously awaiting our shared inheritance. When the van arrived and the doors were opened, my three sisters started chocking and coughing due to the strong smell. They turned around and ran into the house, mumbling they did not want any of these old smelly books. My older brother stood smiling and said to me “Brother, I will take all of the comic books and you can have the rest.” I agreed, knowing that there could be no comics in a 19th century library. 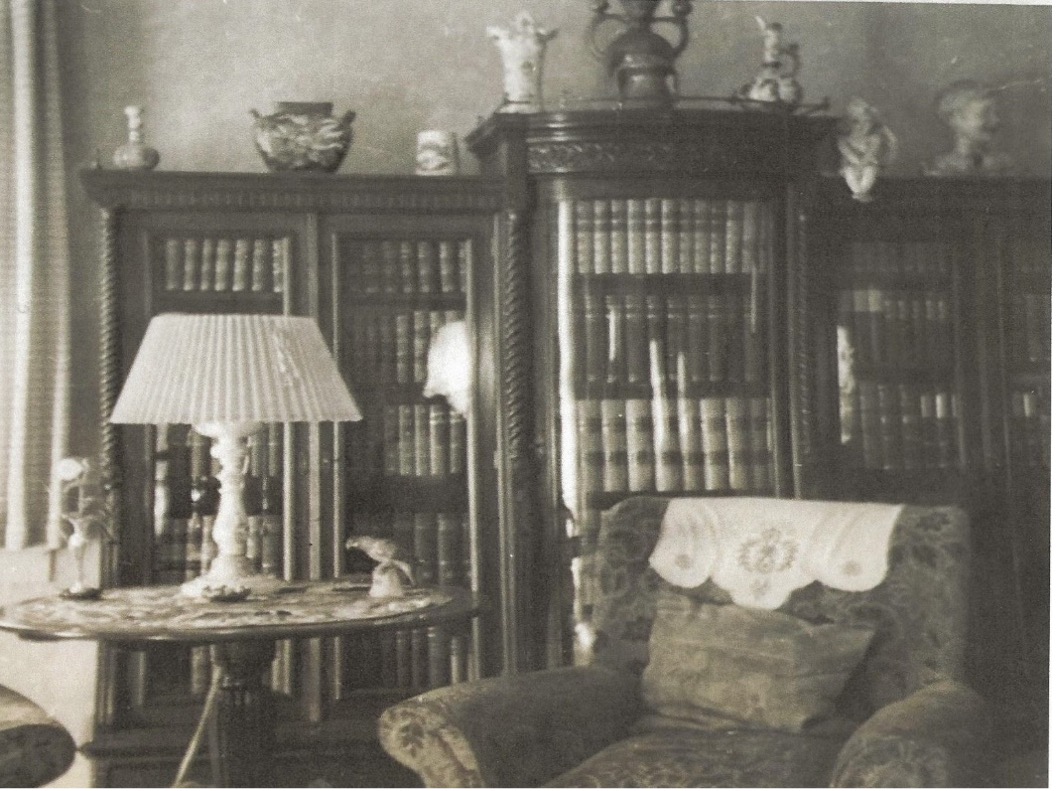 I proceeded to unload and sort the books, storing them in open shelving in a dry, protected place. Took advantage of this collection to learn how to research and cite the sets of “The Works of…”, “The Life of…”, “Gazetteer/Dictionary of….” etc. I rode my bike back and forth to the local library to do research. I learned how to type using an old mechanical typewriter. I also read a number of the books, including Stanley’s first edition of “In Darkest Africa”. I was fascinated with the illustrations and fold out maps, deciding that I wanted to see Africa first hand after college. While I still have a few volumes, most were tossed due to condition.

I did not first know but soon realized that the mystery and allure of old objects had taken possession of my mind and imagination.  And from then on I would always search for stories and explanations to understand them.

This is my story.

After finishing college at New Mexico State in 1967, I joined the Peace Corps in Ethiopia the same year, the next year serving as a photographer and educational pamphlet writer for the Imperial Ministry of Agriculture.  It exposed me to many new things, particularly Ethiopian Coptic Christian manuscripts and in time found one to own and treasure. 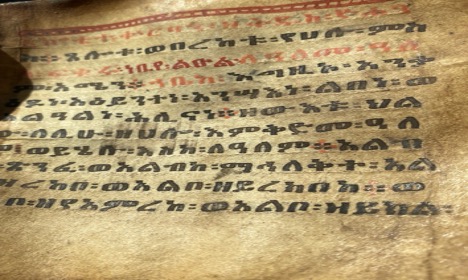 Two years later, my tour up, I moved back to the USA to pursue a graduate education, applying to Vanderbilt University, first to earn a Masters and in time a Doctorate in Business Management.  While there I found my greatest treasure, my wife Hsu, who became the mistress of our collections.

After completing my doctorate, I was offered and accepted a Visiting Professorship at the University of Sao Paulo, Brazil.  There I started collecting ancient coins because I found fascinating examples.   One of the most interesting examples was an ancient Roman bronze coin of the Emperor Tiberius, who ruled the Roman Empire 14 to 37 AD. The coin came in a small {3” across} round 2-piece wood box, together with two splinters of what was thought to be from a galley with a hand-written note on a scrap of paper. The story that came with it was that this coin was found in the waters off the NE coast of Brazil in a sunken Roman galley from the time of Emperor Tiberius. The wood splinters were believed to be pieces of the galley.  Lab analysis concluded these fragments were not from a Roman galley as there was evidence of Anthrophyllite or Tremolite, a very rare form of asbestos found only a few places around the world, one of which is in the waters off the coast of NE Brazil. Subsequently the coin showed evidence of having been immersed in sea water and being later cleaned. A  note written in Portuguese, with the coin, in a difficult-to-read hand writing, and was later translated saying that “The Conde de Pernambuco” had willed this to a friend. The hand- crafted box holding the coin had stamped on the bottom “NAVE del Imp. Tiberio” [“Ship of the Emperor Tiberius”.]  This coin would become one of my treasures. 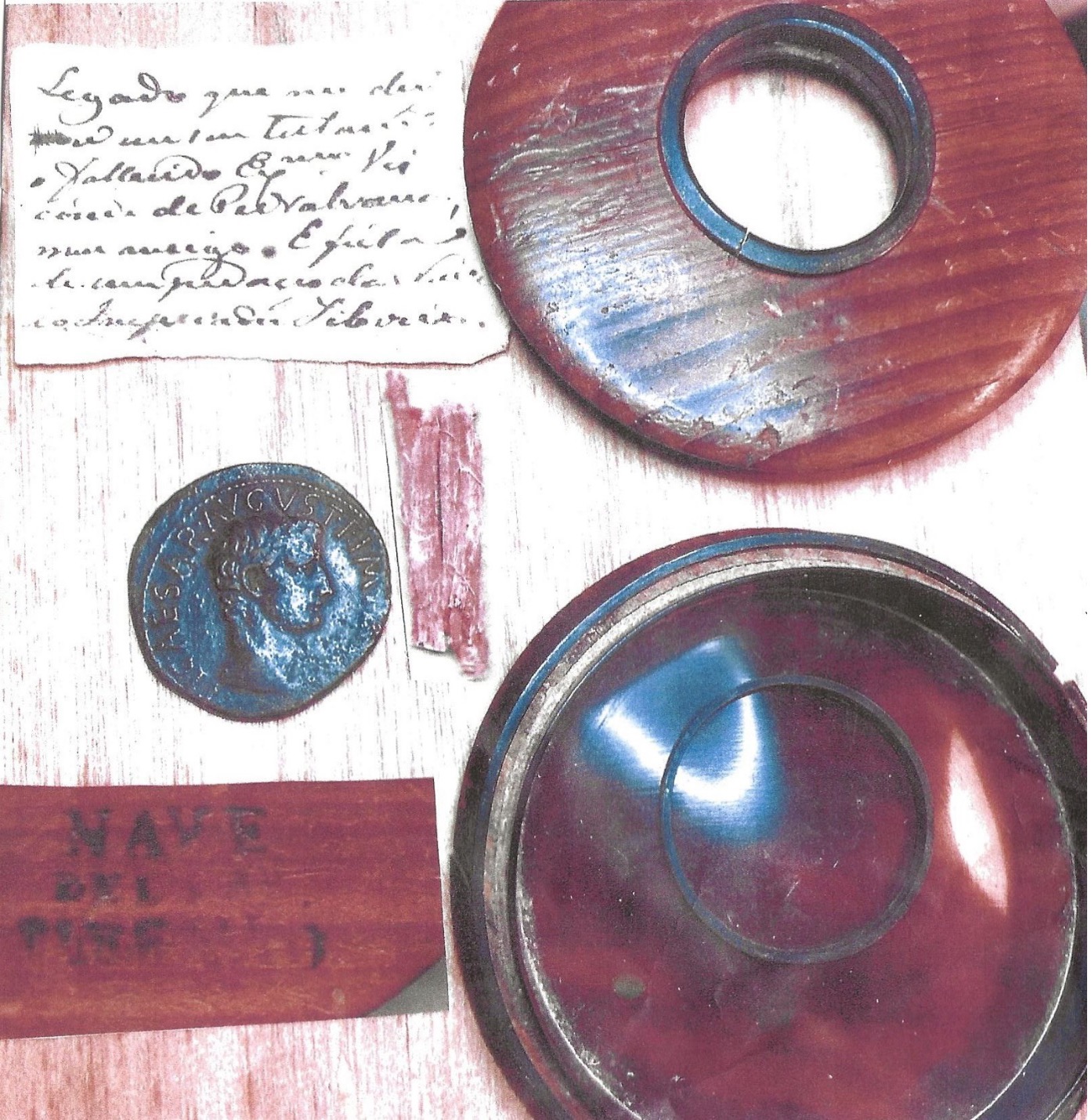 #3) Roman coin of Tiberius found in waters off NE Brazil

After eight years working in Brazil, my Brazilian wife and I decided to move to the USA with our two Brazil-born children. I got a good job in the aerospace industry. When settled, I felt it was time to buy some American artifacts.  In California I discovered an English 17th century tall case clock, made c. 1685 in London by Richard Lyons, with  its provenance covering most of its 300-year life.  According to hand written documents from 1870-1871 prepared by the Lexington MA clock dealer who sold it to a Dr. Bemis documented ownership to that date. Additional hand written letters subsequently identified the post 1870 families who later owned it.  My family is the 7th or so multi-generational family to care for this clock since the late 18th century. The first documented owner is the Rev. John Hancock [1671-1753]. I believe he acquired it to use in his expanded Lexington MA parsonage in 1737.  To this day, this wonderful device is the beating heart of this collection. 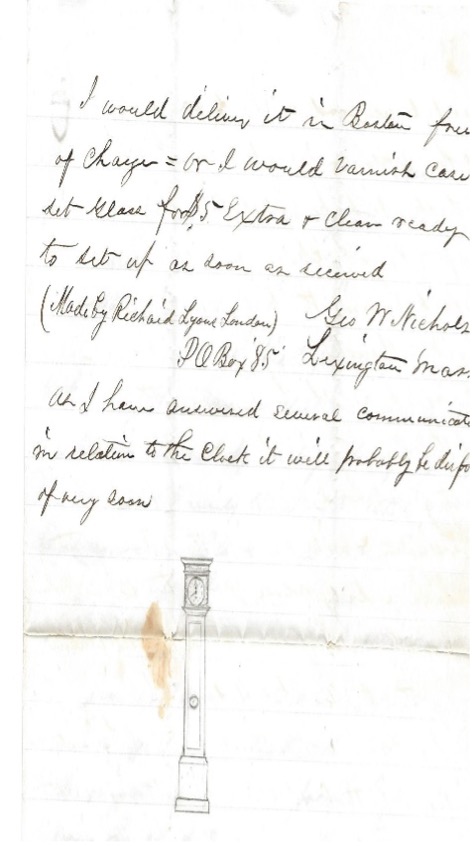 All things must end and my day job at Martin Marietta wrapped up in 1984, opening the path we are on today, joining United Technologies in New Jersey and we moved into an older home in a historic district in New Jersey.

In the northeast I’ve since found an abundance of rare books and maps, early photographs and other stimulating artifacts to keep this curious collector engrossed.

In the summer of 1988, while exploring the antique shops in the Hudson Valley, we came across a late 17th Century 16 ½” pewter plate with Massachusetts Bay Colony provenance. It was given as a present by the wealthy parents for their son’s wedding in 1689. The consignor claimed that she was a descendant of the groom and bride. The existence of the individuals identified in the accompanying documentation was confirmed by a visit to the genealogical center at my local library. The identity of the pewterer was confirmed in the response to my letter to the London-based “Pewter Society” as William Fly of London, who acquired leave to strike his own touch from the Worshipful Company of Pewters in 1679/80.

To celebrate our find and help our Brazil-born children learn more about America’s history, for Thanksgiving we would all dress as Pilgrims and sit around the pewter plate discussing then contemporary issues such as relationships with the local Indian tribes, British governing challenges and the Salem Witch Trials. Over time, this proved to be an enriching experience enjoyed by all.

Since then, recently using a technology not available earlier,  we researched the pewter plate – the internet and discovered that the mother who gave the plate to her son for his 1689 wedding, in 1692 was tried, convicted and imprisoned as a witch in the Salem Witch Trials!  This solemn survivor of more than 325 years finds a welcoming home with us.

In 2004 I retired at BASF to focus mainly on collecting.  Since the 1990s I had been purchasing and studying portraits, prints, books, coins and daguerreotypes.  It was time to acknowledge that my day job was getting in the way with my life’s passion:  collecting.

Among the additional gems that have since become part of our lives are:

An example of a rare book I acquired - Faerno, Gabriele: FABULAE CENTUM Ex Antiguis Auctoribus delectae…”. Colophon: “Romae Vincentius Luchinus excudebat 1563.” (First edition, first issue.) Complete, with all 100 illustrations. There are more of this caliber that I bought and still cherish. 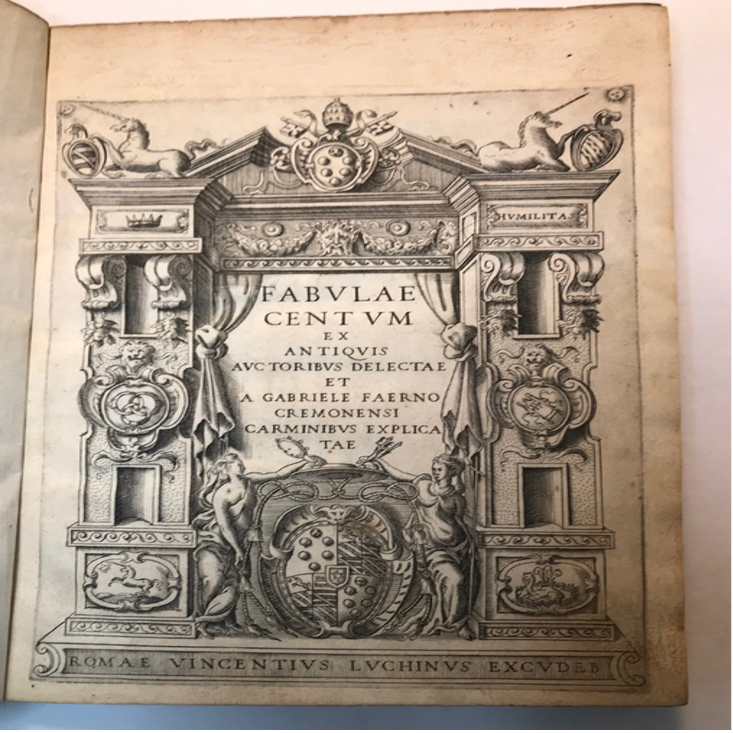 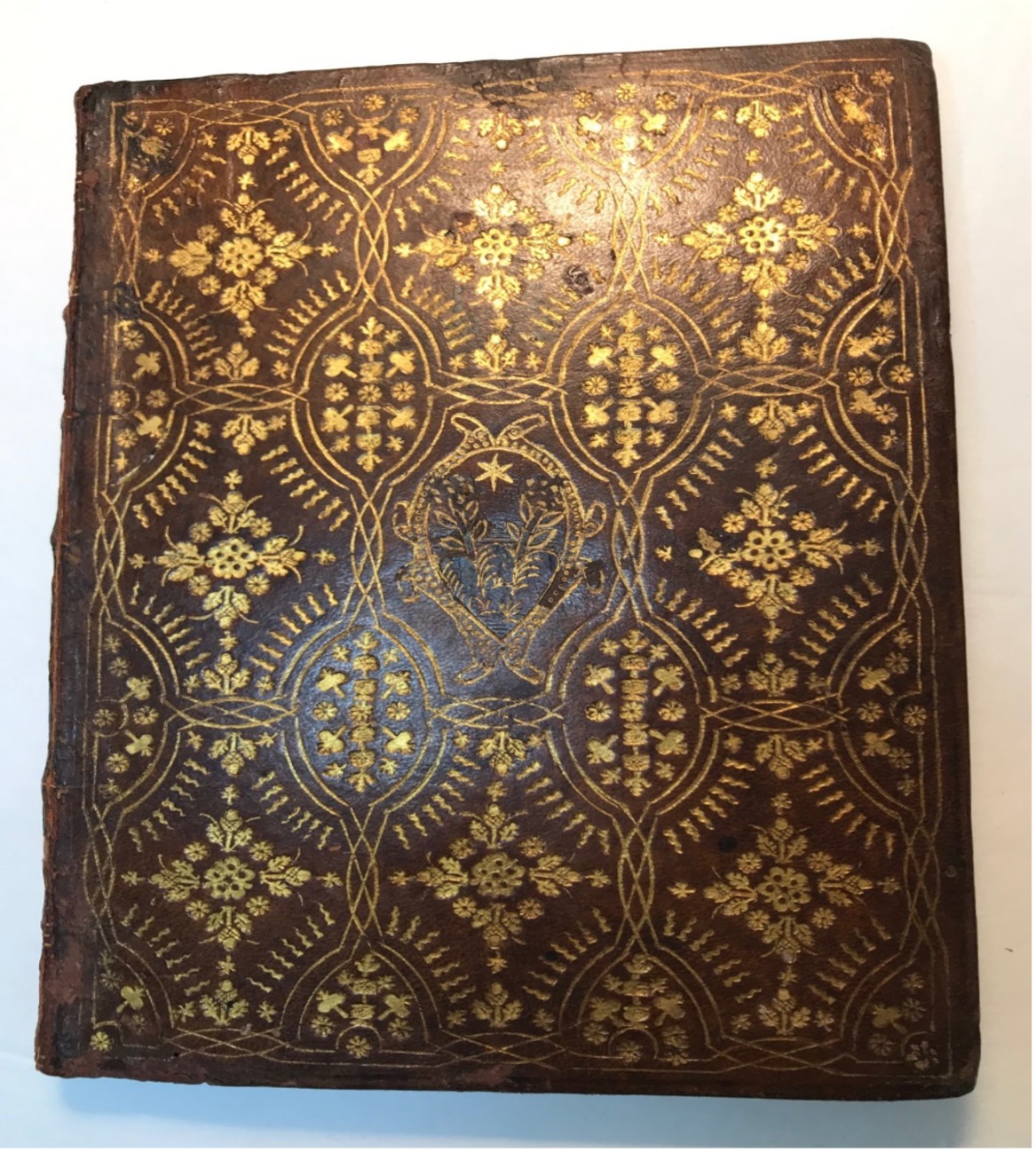 1.  A circa 1840 daguerreotype of Musician holding an Ophicleide on plate measuring 3 ¼” high by 2 ¾” wide, which is smaller in size than the standard 3 3/4" high by 3 1/4" wide plate. It is in the original red flip case 3 3/4" high by 3 1/4" wide, which opens at top and not on side as did the standard case. The Musician is holding his instrument in his right hand and a sheet of music in his left. This image is on a heavy & experimental plate, which is much smaller than the early flip top case in which it is housed. According to a specialist who examined the image, this is likely an early experimental American daguerreotype rather than continental example. 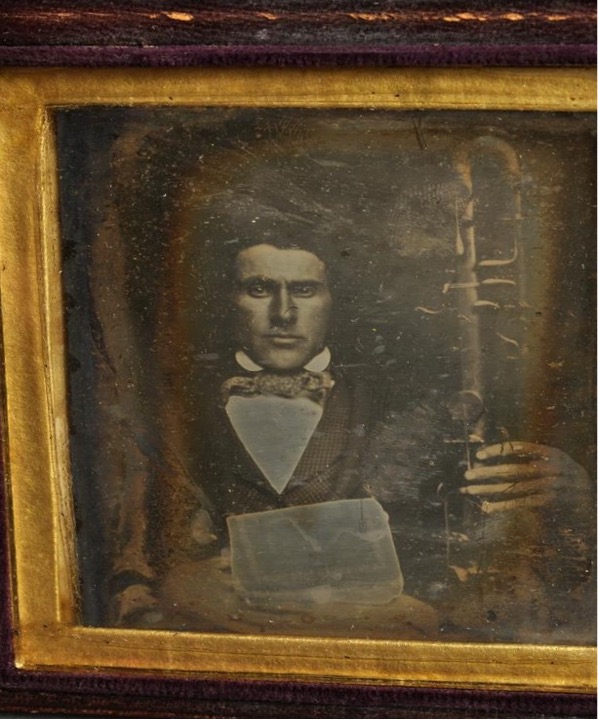 Buffalo Courier, Oct 29, 1855: “MRS. ROBB’S CONCERT: The lovers of music among us need scarcely be reminded –that Mrs. Robb, formerly Miss Goodenow, the star of the Alleghanians, will give a grand concert in this City this evening. She has improved as a vocalist since her last appearance in this city, and has won “golden opinions” wherever she has sung. She will be assisted by three sisters and by our favorite ballad singer, Mr. James F. Taunt. The programme announced is an excellent one, and we trust American Hall will be filled.” 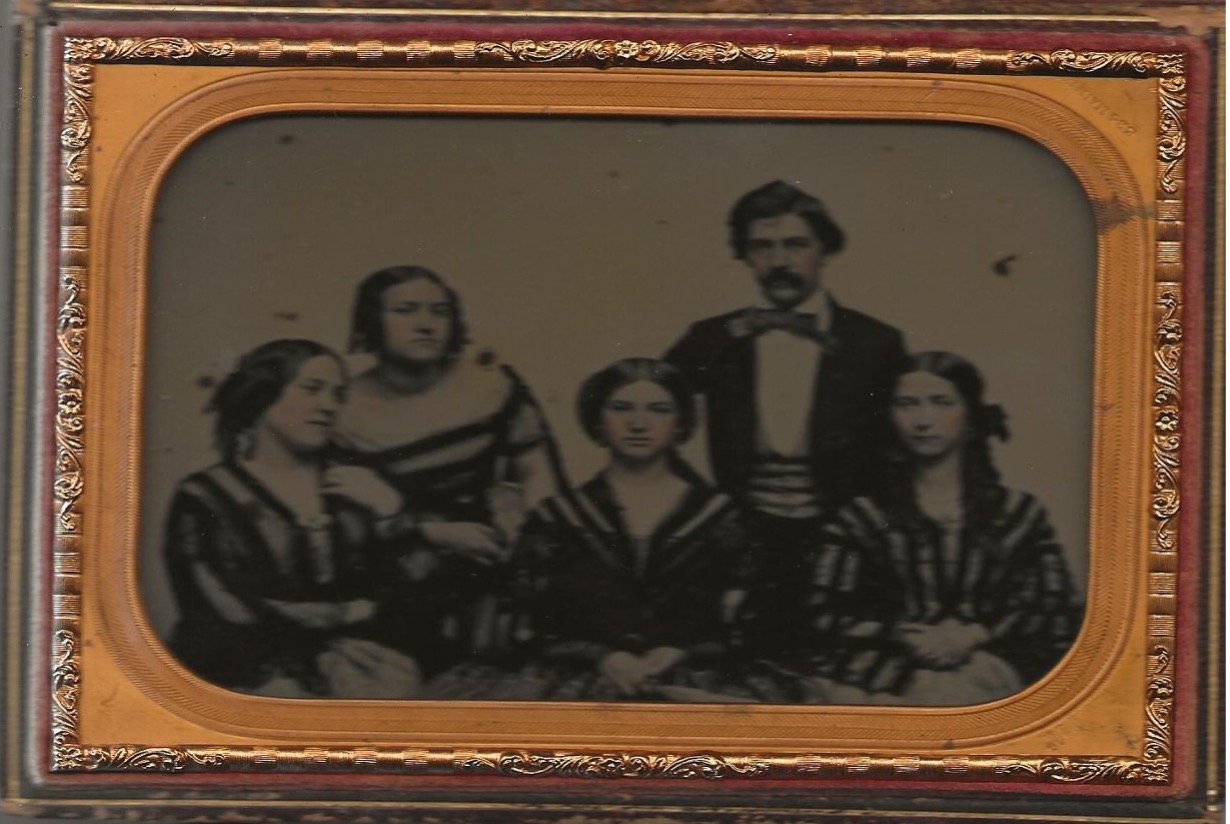 And the difficult to categorize:

A 19th century Inuit polar bear effigy pipe, consisting of a bowl and 4 more joined pieces of decorated walrus tusk. It is adorned with approximately 80 human figures playing, fighting or hunting. Many appear to be wearing slat armor. There are also 16 living, storage and possibly burial structures of various kinds. A total of 11 kayaks, open imiaks and imiaks with sails appear on the piece. A bounty of animals including 19 walrus, 8 seals, 2 whales and one polar bear populate the pipe. This is likely the work of one of the coastal people of the Artic, possibly from Siberia. This appears to have been created for personal use as a form of pictorial diary documenting an individual’s life illustrating:

As to its condition, the pipe has been broken in two at the junction of sections #4 & #5 and functionally repaired with a metal screw pin. Section #4 left side shows corrosion evidence of been exposed to snow (?) for long time.

For me collecting has been an intense spiritual experience.  I have purchased some 600 to 700 items over 65 years.  I sought to possess them and have come to understand they long ago took possession of me.  What I am, what I ever was and what I will be or however I may someday be remembered, these objects will speak of my passion and their quality.

To the two communities in my world, to they that want to someday collect, and to they who do today, I offer my story of the serene passion of possessing complex objects with their stories.

As I approach 80 years of age, I struggle to refrain from applying my treasure hunting skills, acquired literally over a life time, to search the sales for more things to add to my collection. Over the last decade I have been able to let go a few significant treasures which I have donated to institutions, and others I’ve sold. I have agreed with my children to prepare an illustrated list of these significant donations so that my grandchildren will be able to take their children to the institutions I’m supporting to show them what their great grandparents contributed to their collections.

As I focus on selling my diverse collections, I struggle to decide what to sell, what to donate and what to leave to immediate family members. I have decided to recruit my 12 year-old grand-children as partners in selected research ventures, starting with our Richard Lyons long case clock and the Roman bronze shipwreck coin & box found off the NE coast of Brazil.  We will travel together to New England to visit the historic sites from colonial times and to Pernambuco, Brazil to learn more about the lore of Roman shipwrecks. We will take notes about our findings and publish the results in an appropriate outlet before they graduate High School, expecting that being coauthors on a research article will improve their college entrance prospects.

Hopefully I will be successful in spreading the collecting bug, starting with my descendants.