Peeking into the World of Rare Books 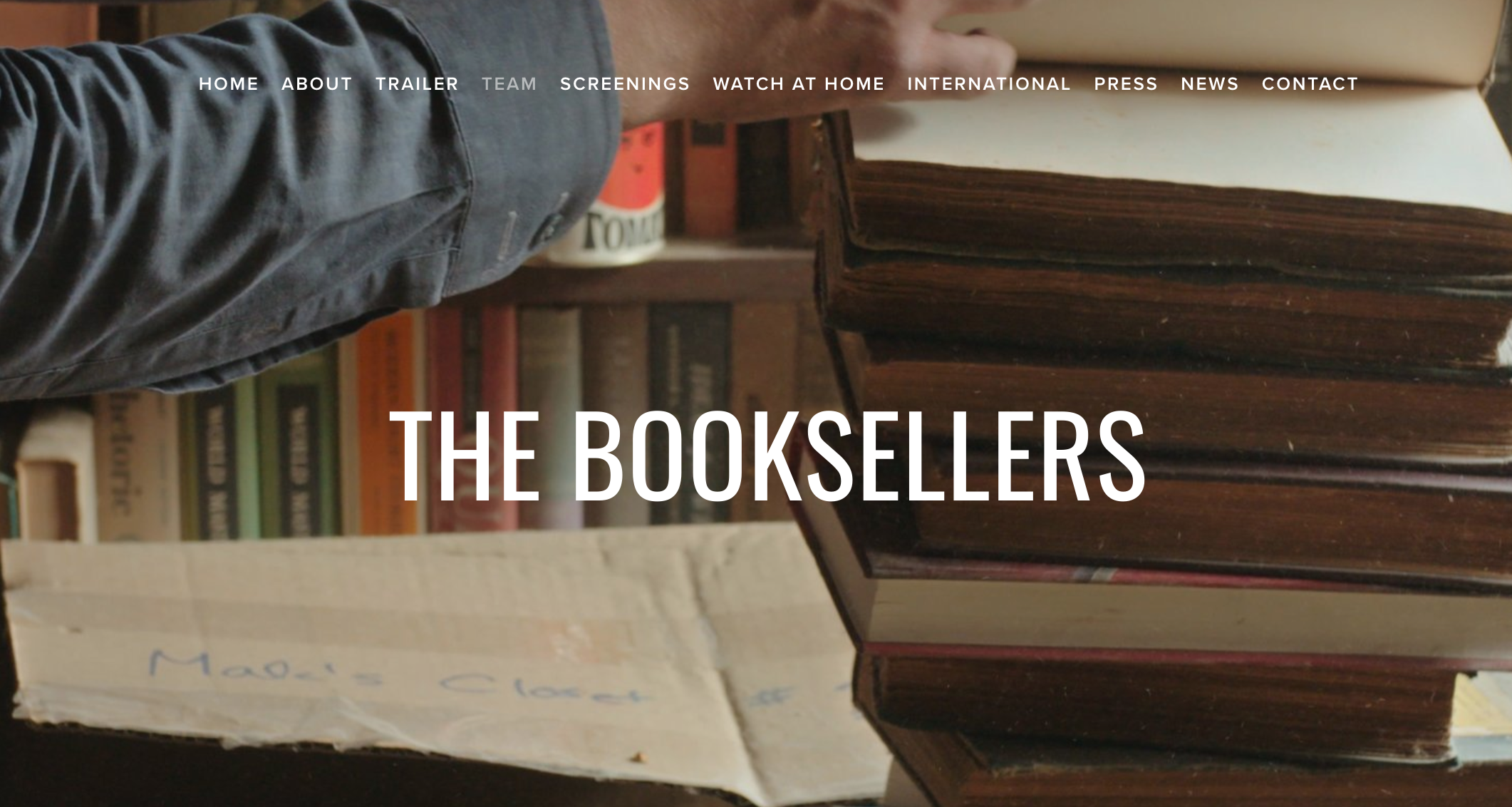 Old books in the era of social media

Rare Book Hub is heavy on old books and paper so it’s reasonable to spend an hour and a half watching a movie on the subject:  The Booksellers directed by D. W. Young.  It was released in September 2019, just a nano second ago in the world of old books.  Nope, I hadn’t been aware but thoroughly enjoyed  it recently.

It’s 98 minutes of absorbing dialogue making the case that dealers are the gatekeepers to the great books.  So it has been for 3 centuries.

Dealers and librarians have long deserved praise for their efforts to organize and structure the rare book field.  Joseph Sabin was both a dealer and an auctioneer in the second half of the 19th century, when he began his Bibliotheca Americana in 1867 [to be completed posthumously in 1936].  Charles Evans as a librarian created his American Bibliography, adding intellectual structure to the world of collectible books during his 31 year project that completed in 1934.  In the 1950’s Wright Howes, a specialist dealer, introduced Usiana to help the interested to understand and identify early non-fiction Americana.  In his era his book was a boon to understand the relationship between issue, rarity and value.  Such tools have always been essential and widely appreciated.  To dealers and librarians, we owe a profound debt.

With  the advent of the internet a different kind of resource emerged; the listing sites that the knowledgeable could initially apply their understanding to look for rarities being offered at low prices.  For this reason during the early years the internet was the skilled dealer’s friend although, since 2001 the garter snake turned into a python as Abebooks alone now lists more than 170 million items.  Scale turned the selling sites into a new kind of reference.

Into the transformational year 2019 The Booksellers, filmed between 2015-18, was introduced and spoken of as if the traditional dealer dominated game was continuing, just as Covid-19 was rewriting the script creating a sense of nostalgia for the bookselling world we have long appreciated.  In the juxta-position of the emerging world and the world on view in the film we could see that world was already slipping away.

Catalogues and book fairs are now being reconsidered.

Realizing the high expense and limited reach of paper catalogues, dealers are now issuing electronic catalogues. They can now reach everyone everywhere, rather than just a handful of people on their mailing list, and they can update and add to their catalogues in real time. With Covid-19, they opened up virtual fairs, and while with the winding down of Covid-19 live fairs are returning, the virtual fair, with all its advantages in terms of reach and updating, and access any time of the day for any number of days, and lower costs for both dealers and buyers, has become a permanent part of the landscape. And while auctions have eaten into the market, dealers are increasingly responding with an if you can't beat them join them answer by starting their own auctions.

So to me this film, wonderfully done, feels out-of-date but can I also say “not-to-be-missed.”

I look forward to the next film that will reflect the many changes that are transforming the field:  the first being the surge of both new auction houses and more sales being offered by the established houses; the reliance on auction history as guides to rarity and value; and the intensification of collecting scope based both on what’s possible over variable time frames.  Dealers’ advantage was knowledge and these days information is much more widely shared.  But, as the builder of the largest database of auction and bibliographical history, I want to acknowledge that what separates the facts and the great copies is the wisdom great dealers possess.

When you sit down to see the film appreciate that America’s great Americanist, Bill Reese, made his last appearance, in this film.  He was, for more than 20 years, the captain that steered, by suggestion and example, how the principal dealers should be adjusting.

It is our tough luck that he passed away 2 years ago.  And our tougher luck that this recent film is feeling dated so quickly.

To see this movie on your phone, iPad and computer you have many opinions.. To pursue them search for “The Booksellers”: