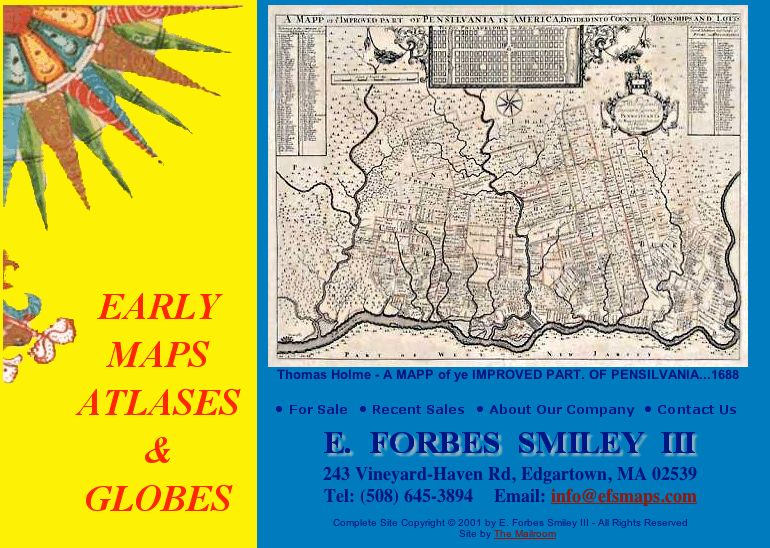 A new and even more disturbing case than usual of slicing and dicing of volumes from library rare book rooms came to light recently with the arrest of E. Forbes Smiley, a longtime respected dealer in old and rare maps. The dealer was charged with slicing maps out of old books at the Beinecke Rare Book and Manuscript Library at Yale University. Smiley, who was released after posting bond of $175,000, pleaded not guilty in court in New Haven, Connecticut, on August 8. New Haven is the location of Yale University. Smiley is scheduled to appear in court again on October 3.

According to reports, suspicions were raised when an Exacto knife blade was found on the floor near Smiley. Apparently there had been some earlier suspicions about his behavior, but nothing proven. This time, Smiley was followed, and it is reported that when his belongings were searched, maps that had recently been part of books in the Yale collection were found in his possession.

It has also been reported that other libraries Smiley frequented have found maps missing from their books. The Boston Public Library and Newberry Library in Chicago, whom Smiley visited, have found maps missing from books he is believed to have used. The British and New York Public Libraries may also be missing maps. The New York library would be ironic as Smiley's website states that he has sold maps to that institution.

If the charges are proven, Smiley would hardly be the first to slice maps from the rare books of various libraries. See the following article from a recent issue of AE Monthly concerning British slicer Peter Bellwood: http://www.americanaexchange.com/NewAE/aemonthly/article_1.asp?id=223&page=1. However, Smiley's case appears to be larger in terms of value, the maps found in his possession being worth as much as $700,000. Additionally, Smiley had an excellent reputation, having sold maps from a New York office or his home on Martha's Vineyard for a couple of decades. He was no shadowy figure sneaking into libraries and disposing of his stolen merchandise in the night. Smiley was an apparently legitimate map dealer.