Will the Yale Library Deliberately Suffocate You if There is a Fire? 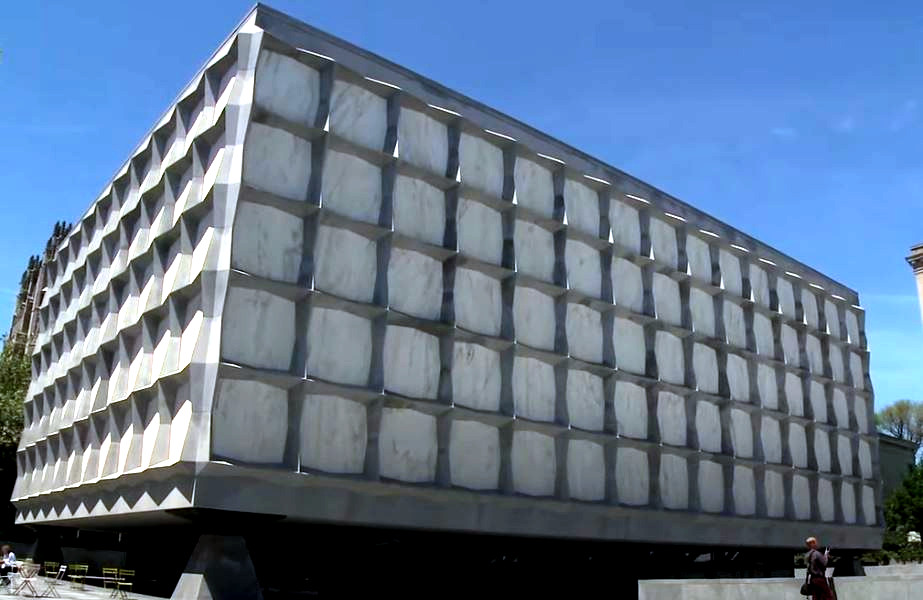 The Beinecke Library at Yale University.

Will the Yale University Library deliberately suffocate its patrons if there's a fire? Do we even need to ask this question? Yes. Many people believe it. This is an old story that recently made the viral rounds on Facebook and Twitter, with tens of thousands of people spreading the rumor anew.

It is based on a kernel of truth, but nothing like the claims that some have made. The Beinecke Library building is well-sealed to protect their books, along with their famous collection of rare manuscripts, such as the Osborn Collection of literary and historical manuscripts, commonplace books, grand tour diaries, etc.; some 20,000 individual items. It is climate-controlled, which requires it have less natural leaking of air with the outside world. Secondly, the usual way of protecting books – sprinklers – is not suitable for a place filled with old, rare and valuable books. They don't react well to water.

According to the rumor, if there is a fire, the library has a system that sucks all of the oxygen out of the air. Without oxygen, a fire cannot burn. Unfortunately, without oxygen, a library patron cannot breathe. It's a trade-off. Books are forever, but humans are not. Sounds like a fair trade, no?

Fortunately, the Yale Library is not quite so mercenary. It not only needs books to survive, it needs patrons. As a result, it has struck a balance to protect both.

Since then, various inert gasses have been used instead of carbon dioxide to deplete the concentration of oxygen. Early on, halon was used, as this is not harmful to humans. Unfortunately, it is harmful to the atmosphere as it depletes the protecting ozone layer. The result is this has been replaced a few times, the current gas being used known as ECARO-25. This also depletes the concentration of oxygen, is not harmful to humans, and does not impact the ozone layer. It may require you to breathe a little more deeply in case of a fire, but there is still sufficient oxygen to easily survive as you escape. It may also protect the patrons as well as the books as fire is dangerous itself for depleting the supply of oxygen, as well as deadly for other, obvious reasons. Stopping the spread of fire protects visitors as much as books.

This isn't the only crazy rumor that has come out about the Yale Library over the years. An even better one is that the building is retractable in case of a nuclear attack. In can sink into the ground and become a fallout shelter. Those Eli's are really clever, but this one strikes me as a bit of a stretch even for them.

So, the conclusion here is it is safe to go to the Yale Library. They take extraordinary steps to prevent a fire from happening in the first place, but if it does, they won't sacrifice you for the books. They love you. They need you. They will protect you too.