School Sells Off Over $1 Million in Books from Its Library 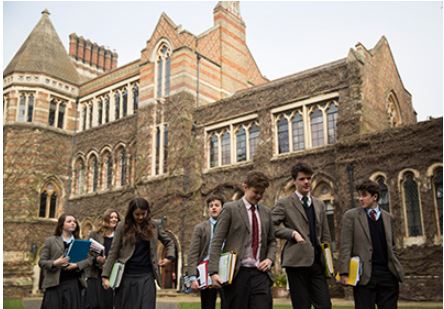 The Rugby School is a boarding school with a long history, which explains how it came upon some very old books. It was founded in 1567. Some of the more valuable books were given by alumnus Matthew Holbeche Bloxam, who attended the school in the early 19th century. He became a historian and collector. One of the objections to the sale is one commonly heard in such cases – it does not respect the generous intentions of the benefactor who gave these books to the school. How would he feel, or how will others considering making such gifts to the school now feel about that choice?

Nevertheless, the school went ahead with the sale, even though, unlike so many institutions that sell their old books, Rugby does not have financial problems. Rather, for them it was simply a logical choice. As a spokesperson for the school observed, Rugby is “not a museum.”

Executive Head Master Peter Green expressed their reasoning as “the decision by Rugby School’s Governing Body to sell these rare books is twofold. They deserve to be preserved, stored – and enjoyed – in specialist conditions. Secondly, the school is committed, as a registered charity, to use its resources to benefit current and future students.” Further noting that 40% of their students are on scholarship, the proceeds will assist those students in pursuing their education.

This is not the first, nor the most significant such sale made by Rugby. Two years ago, they sold off almost £15 million (US $20 million) worth of art. In this case, the books were being kept in a storage room without proper climate controls, and had apparently been there for a long time. Clearly, the school did not see much use of early copies of these books for high school age students. The most valuable books were early editions of Shakespeare's plays, but students reading these books would use newer, far less valuable copies to read.