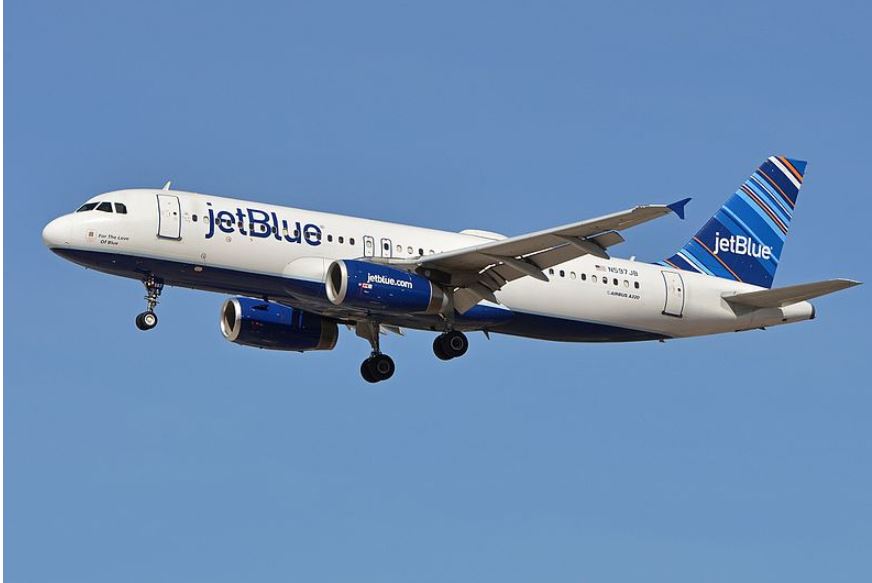 When an airline stops serving a city it is a loss for its citizens, both travelers and businesses that serve them. It can also be tough on civic pride. However, one institution that generally is exempt from the loss is the local library. There isn't much of a connection between the library and an airline, except in the case of Long Beach, California, where there is.

JetBlue Airways has been a major carrier at Long Beach Airport for two decades. Particularly in the first decade of this century, it was very successful with its flights growing. For many, it was more convenient than crowded Los Angeles Airport to the north and JetBlue, being a budget carrier, offered lower fares. After the recession of 2008, competition among L.A. Airport carriers drove the cost of those flights down, diminishing Long Beach's advantages. Even before the coronavirus pandemic, JetBlue had greatly reduced its number of flights from Long Beach. Now, with traffic further reduced, the airline has determined it is no longer profitable to continue. JetBlue flights from Long Beach will end as of October 6, all but one route transferred to L.A.

What does this have to do with Long Beach's libraries? Jet airplanes are not quiet machines. If you've ever been close to one with its engines running, you will notice that the sound is deafening. There isn't a whole lot that can be done to make a jet quiet. In 1990, Congress passed a law that prohibits cities from enforcing local noise ordinances around airports, but Long Beach was able to secure an exemption. They enforce their restrictions with fines, and air carriers have reached agreements on the size of the fine, which is between $3,000 and $6,000 per violation. The biggest violator, not surprising because it was the airport's biggest carrier, is JetBlue. The city maintained that the fines were meant as a deterrent, not a source of income, but the number of fines levied over many years argues that the reality became otherwise. For JetBlue, it was a cost of doing business, but perhaps a cost that became more meaningful as profits shrank. We don't know if it played a role in JetBlue's decision to cease operations but it didn't help.

Since 2003, Long Beach has collected many millions of dollars in fines from JetBlue. In 2018, it collected over $1 million. In 2019, with flights decreasing, it was $532,000. When Long Beach reached the agreement with JetBlue that allowed the city to levy these substantial fines, the city promised one more thing. The money would not go into the its general fund, leading to a potential dependence on these fines by the city government. Instead, they agreed that all fines collected would go to the the Long Beach Public Library Foundation.

The Long Beach Public Library Foundation was created specifically to provide aid for certain needs of the city's public library system. At the top of that list has been buying books for the library. They also provide various learning programs and other services for library patrons. While what is collected from the fines may seem small compared to the libraries' annual budget of around $15 million, it is a major part of the funding for new and replacement books and the other services the foundation funds. Now, all of that is gone, and meanwhile, the city is looking to reduce its funding of the library system. Lots of travelers will miss JetBlue's presence in the city, but perhaps none more than Long Beach's public libraries.