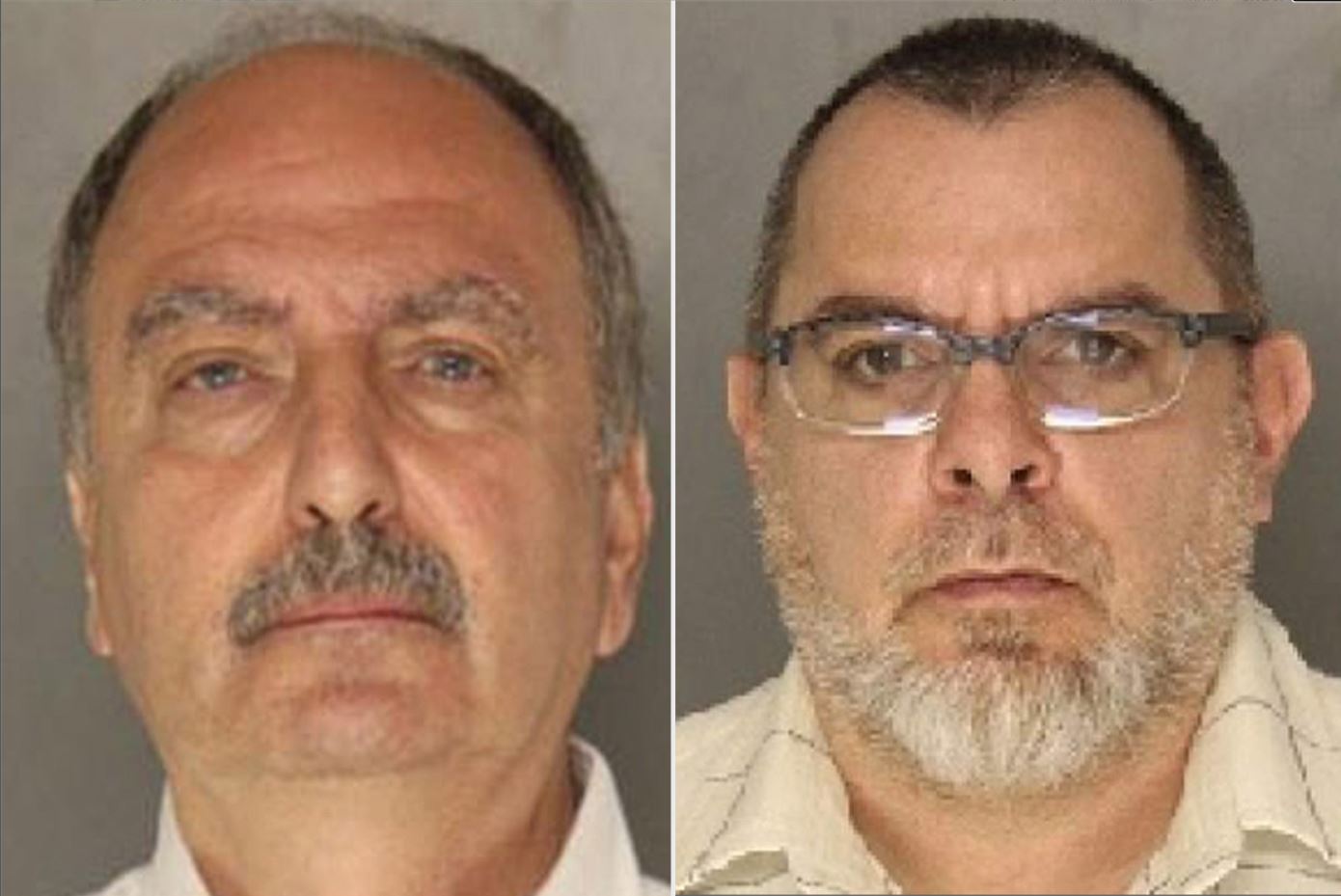 In one of the most egregious book theft cases in recent memory, two Pittsburgh men received sentences that many thought gave them reason to be thankful, including one of their lawyers. Gregory Priore, 64, former archivist and head of the rare book room at Pittsburgh's Carnegie Library, received a sentence of three years of home confinement with electronic monitoring and 12 years of probation. John Schulman, 56, co-owner of Caliban Books, received four years of home confinement with electronic monitoring, 12 years of probation, and must make restitution of $55,731. They also must turn over any profits made from future book sales, TV or radio programs, etc., to the victims, including the insurance company that reimbursed the library for $6.5 million of its losses. Neither man will have to serve any time in prison.

The scheme for which they pleaded guilty went on for almost 20 years. Priore would take books from the rare book room he managed. Sometimes he would cut out maps or prints, or large sections of a book and leave the shell on the shelves. He would then bring them to Schulman's shop, often on his way home from work. Schulman would then use his extensive connections in the rare book trade to move them on to unaware buyers. To make the sales appear legitimate, he made a stamp that said they had been deaccessioned by the Carnegie Library. That explains the counterfeiting charge. An appraisal valued the material stolen at over $8 million.

They got away with the arrangement for many years until the library decided to have a professional appraiser take an inventory of its collection. Priore realized the danger to their scheme and immediately stopped stealing any more books, but it was too late. The inventory revealed that many books were missing. In all, around 300 items were taken from the library over the years. Among the items stolen was a book autographed by Thomas Jefferson, a rare edition of George Washington's journal, a copy of Isaac Newton's Principia estimated to be worth $900,000, and a 1615 Geneva Bible which was traced to the American Pilgrim Museum in Leiden, the Netherlands. It has been returned to the Carnegie Library.

Priore quickly admitted guilt and expressed great remorse, though saying it was Schulman who spurred him on. Of course, he could have said no, and one never knows whether the remorse is over what he did or that he got caught. After all, this did go on for almost 20 years.

Schulman was not as willing to take responsibility, even though he pleaded guilty. Shortly before his plea, he sent out an email to four friends in the trade saying he was pleading guilty because the cost of defending himself was more than he could afford. He claimed he was actually innocent. Unfortunately for Schulman, Common Pleas Court Judge Alexander P. Bickett got ahold of the email and read it into the record. Schulman said that sending the email was stupid and he was just trying to salvage his reputation among friends, but the Judge responded that he wasn't buying the explanation. He said he thought it was actually an attempt at damage control that “made a mockery of the criminal justice system.” His attorneys had earlier tried to disassociate Schulman with the comments, recognizing that one sure way to anger a judge is to plead guilty but outside of court proclaim your innocence. Guilty pleas are not supposed to amount to perjury. The Judge said the email would “come back to bite you.” We don't know whether it played a part in the sentencing, but Schulman did receive one more year of home confinement than did Priore.

Still, both defendants fared well considering the charges. The prosecutor asked the judge to sentence the men to 25 months of incarceration and to make restitution to the library of about $2 million, the amount of their loss not covered by insurance. This recommendation was already based on most charges having been dropped, so no prison time and only around $55,000 in restitution by Schulman can be seen as a favorable outcome for the defendants.

According to the Pittsburgh Post-Gazette, a spokesperson for the Carnegie Library expressed disappointment with the lightness of the sentence, saying it did not “reflect the seriousness of the crime.” Even the Judge acknowledged that the sentence was favorable to the defendants. He stated, “Without a doubt, were it not for the pandemic the sentence for both of these defendants would be significantly more impactful.” The Judge's concern was that the coronavirus runs rampant in prisons which would put the defendants at risk if sent to jail. Schulman's counsel said that he believed the Judge would have sentenced the defendants to incarceration were it not for the virus. He was thankful for the sentence. Home confinement is essentially what the rest of us have been sentenced to during the coronavirus quarantine, though we did no wrong. Hopefully, our sentence will be over in much less time than three or four years.

Later Development: In a later development, prosecutors asked the Judge to reconsider his sentences, saying they were not strong enough. They also said they would be amenable to a suspended sentence that would delay imprisonment until the jails are safe again from coronavirus. In their motion to reconsider, the prosecutors said, “The scope, breadth and impact of the crimes perpetrated by John Schulman and Gregory Priore cannot be overstated. The devastating financial loss to the Carnegie Library of Pittsburgh pales in comparison to the irreparable damage that the defendants caused the community. Scholars from around the world and those closer to Allegheny County can no longer benefit from the historical, educational and cultural value of the items which have been destroyed or lost forever.” They also wrote, “The defendants used their stature to steal and sell works of cultural and historical significance at the expense of the citizens of Allegheny County. The Commonwealth urges this Honorable Court to reconsider its previous sentence of house arrest and impose a sentence of total confinement in this matter.”