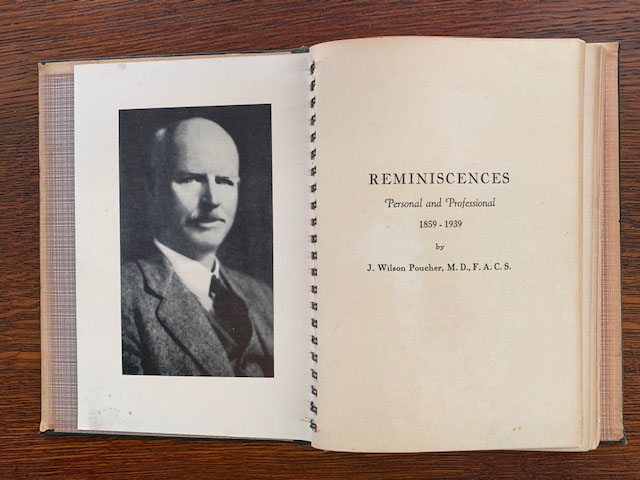 Along a walk within the New Paltz Rural Cemetery on Plains Road at New Paltz there are hundreds, I suppose thousands, of stones, some almost 200 years old, randomly time-worn, others resistant, seemingly immune to weathering, determined to carry names and dates and associated relationships into the ages.  Each name has a story.  Many have slipped away, too often, whether their lives were short or glorious, lived alone or in company of family, eventually saw children, grandchildren, friends and neighbors laid down nearby.  Lives are complex but in their endings seem remarkably similar, invariably quiet and still.

In that place, once or twice a year, I stop by the monuments and markers of people I knew, whose stories were once in black and white, now greying away, the boy in the 5th or 6th grade who died of an accidental gunshot.  He was a solid kid he was, Paul Blue.  His story is of a life he didn’t live.

Nearby in an older section is another stone I know something about:  Poucher.  J Wilson Poucher, a substantial man in his life, 1859-1939.  How does one accomplish so much while another lived so briefly he never blew out the candles on his 12th birthday.  They were very different but both deserving.

Their paths crossing at a common place, in Ulster County at the intersection of chance and intention, in the mid-Hudson valley.

Paul was a New Paltz kid, a towhead, a future basketball or baseball player.  J. Wilson was an unusual intellect, a Columbia county native whose intelligence was early and often valued.  Teachers saw potential and let him into their schools and academies on reduced terms.  He was a star in the making and went on to Union College, thereafter going on to Albany Medical College where his judgment and steady hand set him apart as potentially a surgeon.

Upon graduation he became a country doctor in April 1883 beginning at the lonely crossroads at Modena that runs east-west and north-south within the town of New Paltz.  He married a local girl that forever connected him to the place, although his life would be led on progressively larger stages.

He had a gift for languages and mastered German to be conversant on the emerging science of disease germs, sepsis, and antisepsis.  In 1885 he decamped to Germany to study at Heidelberg, later travelling extensively, and in time assisting many of the great European physicians.

Back home in 1887 Poughkeepsie, facing the Illinois Mountain across the Hudson River, he established a surgical practice at fresh built Vassar Brothers Hospital and was appointed as surgical staff, becoming expert in a broad range of procedures, in time developing the appendectomy as a life-saving procedure.

When, in 1898, the Spanish American War began, he offered his services both to Washington and New York State and was commissioned First Lieutenant and Assistant Surgeon and ordered to New York City to assist for recruiting the 201st Regiment.  In time  it became his responsibility to manage 15 surgeons on staff, while what he most learned was to set standards and listen to diverse opinions.  On matters of life and death the definition of success was simply to bring comfort and save and extend life.  He was remarkable.

The war past and back home to Poughkeepsie, as surgery was increasingly understood, he then sought for greater complexity as a political being.  His battleground was the Poughkeepsie Common Council and found bribes as common as ticks, neither of which were to his liking.  When defeated he felt only relief.

Now a full-fledged success with a broad practice, he then returned to where his European studies were completed 20 years ago, traversing the Atlantic on the S. S. Rhyndam in late spring, to return on the Rotterdam, spending 90 days on the continent and expending a full quarter of his autobiographical account, Reminiscences, to convey his impression of Europe recovering and the feeling entre deux guerres.

For a man born in 1859 life expectancy was shy of 50, and as a doctor he knew more than he wanted about death, dissipation and disease.  He saw all that.  So at 65 he began his next career, embracing his intellectual passion; local history.  In medicine, he was methodical and in pursuit of history he would be equally determined and leave a distinguished body of research, continuing to publish into his last year, his works randomly appearing in the Rare Book Hub Transaction Database, as well on Biblio and Abe catch as catch can.

And for Paul, a random shot ended his chance.  He was a classmate.  Were he with us today he’d be 74.  I remember and miss him.