Books: Maybe We Aren't Reading Them, But They Still Make Great Props 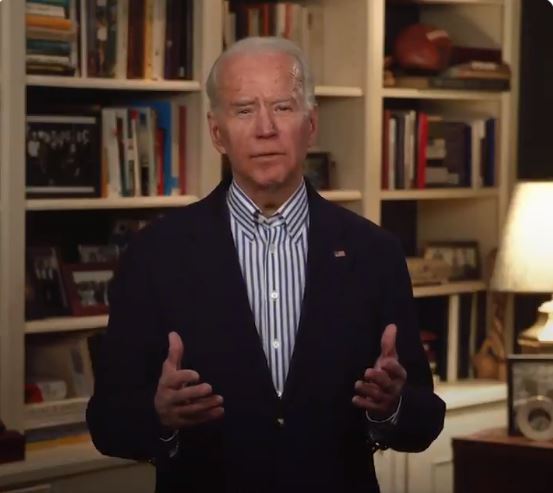 Former Vice-President Joe Biden speaks in front of his bookcase.

Books have long held a position of high esteem in our households, likely as far back as Gutenberg. You probably have a bookcase containing every book you have ever owned. Why? Do you keep a collection of the old tires from your cars once they are no longer being used? No, you don't, so why do you keep your old books? You won't read them again, presuming you ever did. The answer is in what books say about us, or what we imagine they say about us, even if not entirely accurate. They imply we are learned, intelligent, seekers and possessors of knowledge. They imply wisdom, or to use a recently more common term, credibility.

While our credibility is usually on display only to the few people who visit our homes, most of whom know us too well to be fooled, the bookcase has suddenly become an important prop in the time of the coronavirus. Politicians, newscasters, and celebrities of all sorts, those whose faces we normally see on our TV screens, are no longer seen in public. They now reach us through cameras in their homes. This gives us access to something we have never seen before – the inside of their houses. They speak to us in front of their possessions, those they want us to see. So there they are – the bookcases, filled with books, implying they are readers, people of education and intellectual depth. They help the celebrity create an image, just as clothes and jewelry used to do when they were out and about town.

This practice has become so widespread that it has attracted a following. There is a Twitter account named “Bookcase Credibility.” It only took about two weeks to attract 50,000 followers. Their motto is “What you say is not as important as the bookcase behind you.” It is filled with pictures of newsmakers as they appeared on television or computer screens seated in front of their bookcases. Other places on the internet have gathered viewers who try to discern the titles of the books the important person reads (or doesn't read). It is often difficult if not impossible, as they are more distant in the background and titles on the spine are not that large. Nonetheless, they sometimes are able to decipher what is on the bookshelf, though it may be the mere existence of a collection of books that relays the image the person wishes to create.

One thing I have not seen is the housebound speaker standing in front of a television set. Does everyone read more than they watch TV? Even the President of the United States is known for watching a lot of cable news while not being too much of a reader. Is he the only politician or other celebrity with that preference? Unlikely, and if not, some people are trying to fool us with their images.

Someday, all of this will be over. We won't be pouring over TV stills trying to read the spines of books in the background. We will have real things to do, places to go, people to see. We will again be able to live life, not just imagine it. Until then, stay safe.