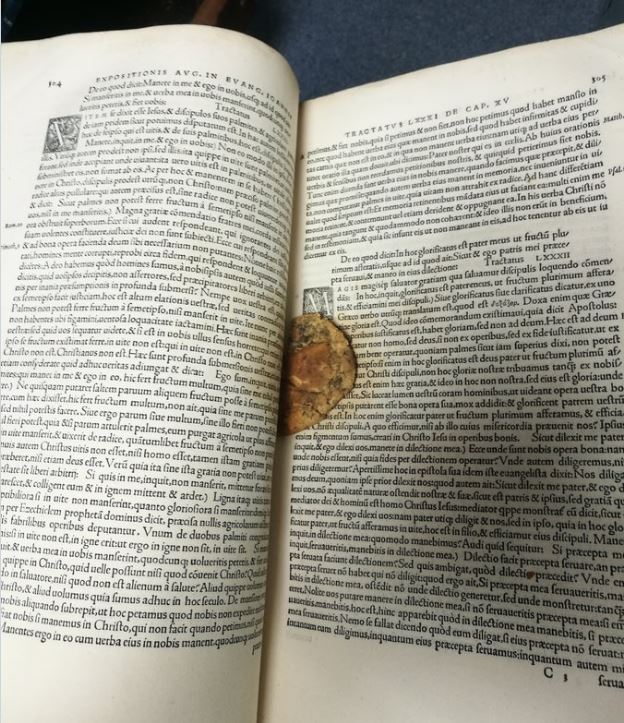 A humorous story came out of the Cambridge University Library a short while ago. Librarians were leafing through a 500-year-old book when they came across an unexpected find. Pressed between the pages was a chocolate chip cookie, and it was not fresh. Apparently, it had been there for 50 years. Not surprisingly, it left some grease stains.

The book itself is almost 500 years old. It is a volume of the works of St. Augustine published in 1529. The book was given to the Cambridge Library by a grammar school in 1970. The cookie dates back to then as no food or drink is allowed in the rare book room where it was kept. A schoolboy must have dropped the cookie in the book before it was given to Cambridge.

Dropping cookies in books is not a major issue for libraries, but it does remind us of one many libraries do now face. The reality is that this book had not been opened in 50 years. Even now when it was, it was librarians checking on it, not a patron reading the book. Libraries have many old and perhaps significant books, but nobody looks at them. They require space and care, neither of which are inexpensive to provide. Preservation and usefulness don't always go hand in hand, and when they don't, sometimes choices need to be made that are not easy.