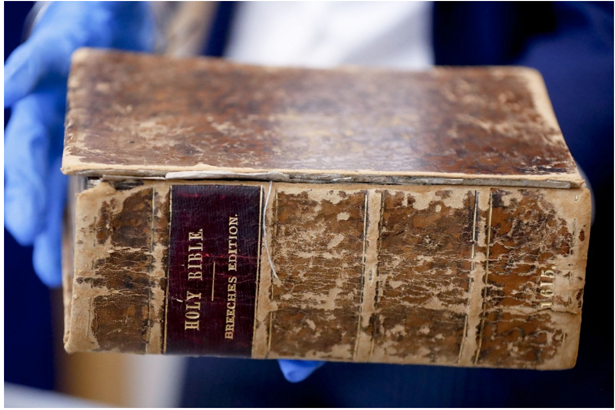 For some years now the story of rare books and parts of others stolen from the Carnegie Library in Pittsburgh has been devolving.  To the outside world this was simply another multi-million dollar crime committed in a world grown cynical from constant reports of theft, manipulation, exaggeration, and sometimes physical intimidation in almost every American zip code.  It’s inevitable such news periodically washes up.  That some aspects of such criminality attach to the theft of library books seems a bridge too far but the underlying facts admitted by two defendants recently pleading guilty in Pittsburgh tell us that veniality is alive and well, even in the august world of rare and important material.

The facts are straightforward.

Greg Priore, 63, worked as sole archivist and manager of the Carnegie Library’s rare book room in Pittsburgh, Pennsylvania.  The library was well established and said to have an extensive collection of rare books, many of which are thought to be valuable.  But that library and most others with valuable holdings these days rely more on trust than security systems because such security is expensive and must be balanced against the public’s declining interest in seeing such material first hand.  That’s today’s reality.

In this way, famous, old and valuable material can molder in library collections, still be thought important in some sectors but be less appreciated in others.   In the case of the Carnegie Library some time back the value of the material began to significantly outweigh it’s benefits.  Adding complexity, to save money the library relied on a single individual, Mr. Priore, so there was no other set of eyes to confirm if proper standards were maintained.

Mr. Priore did not act alone.  He was a librarian who could remove the material but needed a skilled outsider to sell the material and found one just down the street, John Schulman of Caliban Books, who also pleaded guilty.  They will both pay a price.

As happens in these cases justice is comparative.  Here’s the law in Pennsylvania:

For an $8,000,000 theft you would expect the sentence to be quite long but you will be wrong.  The expected sentence is for a year or two and it seems okay.  Institutions mostly want their material back and are invariably embarrassed to have been the scene of a crime.  That makes cooperation important and both defendants appear to be cooperating.

As an aside, the valuation will be subject to some second guessing.  Is the valuation at retail, wholesale, auction or fantasy?  In the meantime some of the material has been returned and other items will invariably reappear in the years ahead so the story will go on.

A stolen item that got its picture taken for at least one recent story on the theft is a 1615 edition of the Breeches Bible, which looks to be worth less than $500 given its haggard state.  Maybe its signed?  Can’t tell.

Here’s a link to a recent story that recently appeared in the Pittsburgh Post-Gazette.