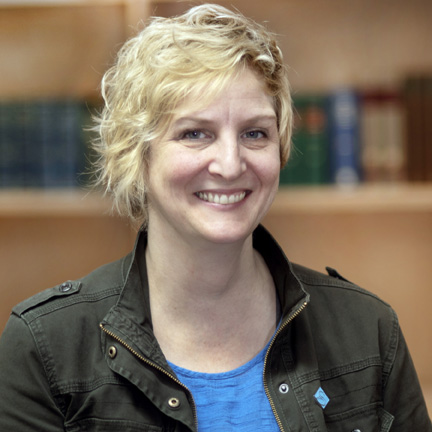 Devon Eastland has joined Swann Auction Galleries as a Senior Specialist in Early Printed Books after serving as Director of the Book Department at Skinner in Boston, Massachusetts since 2012. Devon has three decades of experience as a bookseller—in 1992 she began a bookselling business that focused on books printed before 1700, based in Cambridge, MA. She appeared as a guest appraiser on the 2019 season of Antiques Roadshow, and is also an auctioneer.

Devon became interested in early books during college. A philosophy major, she also studied Medieval manuscripts, early printing, graphic processes, and descriptive bibliography at the Houghton Library, and letterpress printing at the Bow and Arrow Press. She also practiced bookbinding and the restoration of leather bindings at the same time. As a bookbinder, she has been in practice for thirty years. She has produced custom and period-correct books for films including Greta Gerwig’s production of Little Women, appearing onscreen in the bookbinding sequences in the film.

About this next chapter Devon offered, “I'm excited to begin a new chapter in my career, taking on new challenges at Swann, and of course thrilled to be in New York. Tobias leaves big shoes to fill, having held this position so masterfully for the past thirty-seven years. I'm looking forward to taking up the reins and taking the department into the next decade and beyond.”