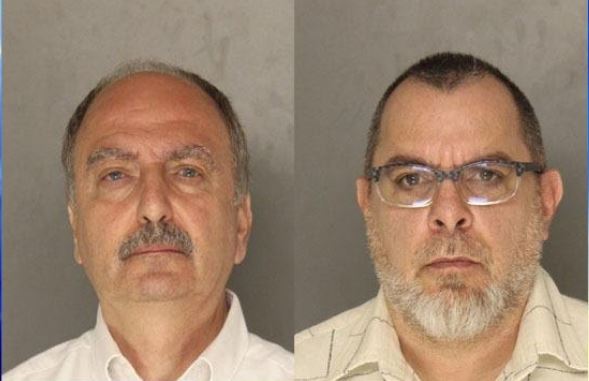 By now the whole book world has heard that rare book librarian Gregory Priore, 63, who was the archivist and manager of Pittsburgh’s Carnegie Library William R. Oliver Special Collections Room from 1992 until April 2017 and an equally well known Pittsburgh dealer in fine books, John Schulman, 56, co-owner of the Caliban Bookshop, have both pleaded guilty to thefts from the library that could run into the millions. The pillaging of the collection was said to have run for years and was part of an ongoing scheme by the two men to personally profit from their clandestine actions. This truly is a sad day for the book trade and one that makes us question our basic assumptions and practices.

Who among us has handled rare and valuable material and has not been tempted to steal?

In my own career I worked at the Rare Books Department of the University of California Library at Berkeley in the 1960s. I had the keys to the stacks which also included the Bancroft Library. I was a youngster and my entire job was to see that nobody brought a pen into the room, to watch the readers to make sure they did not steal or write in the books and to return the material after use.

I watched the patrons; but, there was nobody watching me.

In those days there were no security cameras, there were very few other people with access to the stacks and the collection was brilliant. It would have been easy to pilfer. Yet, it never crossed my mind to lift a volume here or there.

Likewise as a college student I was a research assistant at the Archives of American Art, then located in the Detroit Institute of Art. Even in my low level intern type position I could wander at will around the private areas of the museum which housed the archives and holdings of the museum not on display. It was a veritable treasure house, and temptations lurked around every corner. I did not take, and nobody I knew even considered taking (although must admit when I first saw their Joseph Cornell assemblage collection it did cross my mind - they had so many and treated them so casually, would they even miss one?). Instead, I visited the Cornell cache almost daily, privately admiring the work which was housed higgledy-piggledy on shelves without any security.

And a few years later, as a young military wife during the Vietnam era, I became a curator at the Heron Museum of Art in Indianapolis. During my time at the museum, a member of the renowned Lilly family gifted their mansion, their artwork, books and decorative arts to our museum.

There was no inventory, in fact it was my job to to make the inventory. I drove daily from my little cabin where the families of enlisted men lived out on the wrong side of town, across the railroad tracks to spend my work day at one of the grandest estates in Indianapolis.

Many days I was the only person in that huge home going through the china, the silver, the books and prints and making the preliminary notes for accessioning. Nobody was watching; I was alone. There was more than you could possibly imagine, and no one but me knew what it was in those closets and drawers. Yet I never once thought of pocketing a candlestick or a tea cup. I loved the Goya Los Caprichos prints but not for an instant did I consider stealing a few, or partnering with an outside dealer to make some quick cash on the side.

So what has happened here? What makes people steal, especially people in a position of trust? Why would a rare books librarian collude with an apparently reputable dealer to ravage a prominent collection and how could it have gone on for years without anyone being any the wiser? And more importantly, what’s to be done on the security side to keep it from happening again?

It is interesting to note that the thefts came to light when an appraisal was ordered for insurance purposes; it was then that the list of missing items began to emerge. During the subsequent investigation it appeared that cannibalizing the collection was an inside job. Two trusted inside people who weren’t being watched just helped themselves.

It makes us all, all who work in positions of trust, look bad. Very bad.

Here’s a comment from Vic Zoschak, outgoing president of the ABAA. In an email he wrote: “John Schulman (Caliban Books) has not been an ABAA member since the summer of 2018. In July of that summer, the allegations of theft were made public, and we in the ABAA were shocked and disappointed to hear of same. Shortly after they did become public, Mr. Schulman resigned his ABAA membership. As to Mr Schulman’s recent guilty plea, we only know what was reported in the Pittsburgh Gazette.

“With all that in mind, I’ll share with you the statement I made earlier on Jan. 14th to the ABAA membership regarding the Carnegie Library thefts:

“The Antiquarian Booksellers’ Association of America is committed to honesty and integrity. Any profession, even one with a long-standing reputation for trust and ethical behavior such as ours, can be subject to bad actors. In this instance, your Association has used this unfortunate situation as an opportunity to look inward. As a result, in conjunction with ILAB, we are now in the final stages of developing an international stolen books database that will provide law enforcement and the rare book community with an effective tool to identify, track, and recover stolen books. We will be a stronger trade as a result.”

While that’s good as a policy statement after a theft has occurred, it doesn’t really address the question of how to prevent theft in the first place. Where is the watch bird watching you? Do we all need a regular audit? What other security practices will keep insider fingers out of the cookie jar?

Many of us do have agreements with university and special collections to help them market duplicates and donations that do not contribute to their core mission. How will those transactions look in light of this disgraceful incident?

What about the folks who unwittingly bought stolen merchandise thinking it came from a reputable source? What will become of those transactions? This was not a one time thing, this was an ongoing scam that covered years.

And even more troubling, the book trade, the stuffiest, prissiest, most high nosed (.....”After you my dear Alphonse…”) occupation on the planet just took a hit to our collective reputations which we did not deserve. Worse yet, I suspect we will all be tarred with the same brush and it will take a long time to recover.