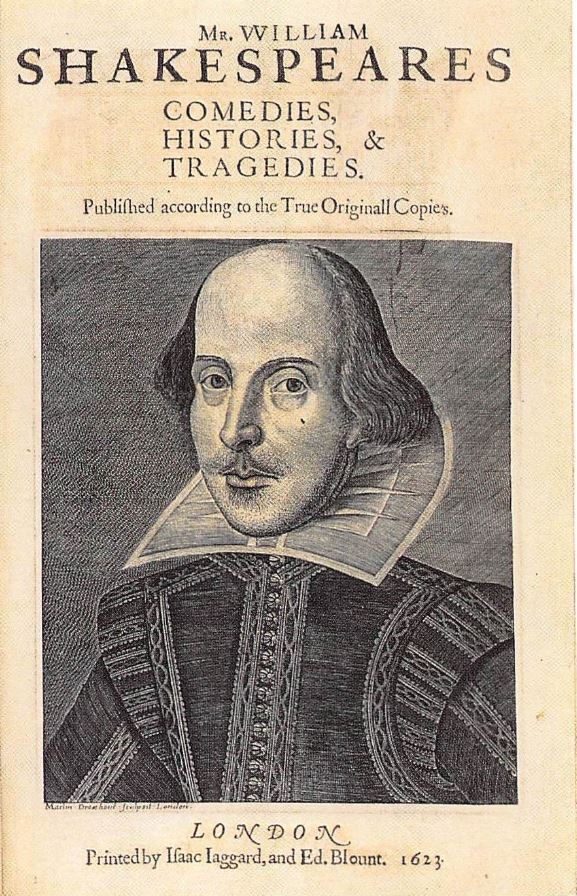 A different copy of a Shakespeare First Folio.

The Oakland Raiders aren't the only cherished institution leaving Oakland. A much older one is also on its way out. William Shakespeare, or at least his most important book, is also bidding adieu to Oakland. A copy of the First Folio edition of his Comedies, Histories, and Tragedies is being sold by Mills College. The importance of this book cannot be overstated. Had it not been compiled by friends seven years after his death, many of Shakespeare's plays, including Macbeth, would have been lost forever. Mills is also selling a manuscript, believed to be their handwritten musical score by Wolfgang Amadeus Mozart. This is a sad event, but one we have seen before and will see again. Welcome to the age of stretched college budgets and declining use of school libraries. Welcome to the age of the internet.

Mills, a 165-year-old predominantly women's college, has run into financial difficulties over the past few years. In 2017, it declared a “financial emergency.” It was running multi-million dollar annual deficits by that point. Mills had seen a significant reduction in applications, and consequently, admissions, over the preceding few years. Many of their applicants come from low income families as well, meaning some tuition cuts, as opposed to increases, were needed. The emergency declaration enabled them to lay off both staff and professors, including some on tenure. The college also announced a reorganization program called MillsNext to adjust curriculum offerings to those of greater interest to prospective students, rather than just sticking with some unpopular majors and relying on cutting costs to balance the budget.

The prize is the Shakespeare First Folio. It was a gift to the college in 1977 by Mary Louise O'Brien and her husband, James, in honor of her father, Elias Olan James. Evidently, there must be no major strings attached to that gift. Elias James taught English literature at Mills. That was quite a gift. First Folios are valued in the millions of dollars, the exact number of millions depending on condition. We have seen prices, at current value, this century range from $1 million for a defective copy to $7 million. It is not clear where this one falls, but something in the $4-$6 million range would not be unreasonable. Reportedly, Christie's will conduct the sale, but they have made no announcements let alone estimates yet. The Mozart manuscript is said be being sold privately, a reasonable estimate at least well into six figures.

A total of 235 copies of the First Folio are known to still exist against an estimated print run of 750. The Folger Library in Washington owns 82 of them. You can never have too many First Folios. We don't know whether they will be a bidder when the sale takes place.

Naturally, there have been some expressions of disappointment. This sale does not meet official library standards that books should be sold only to expand or preserve collections, not for such things as operating expenses. Nonetheless, Mills finds itself in a financial bind and the long-term viability of the institution demands they find a way out. The college does have an endowment, but still, you cannot go on indefinitely operating at a deficit unless you are the United States Government. Mills needs that “bridge” to take it to financial viability, and hopefully this will enable the college to cross that bridge, while finding good homes for these treasured assets.