A Library Dies, Its Books A-Mouldering in Their Grave 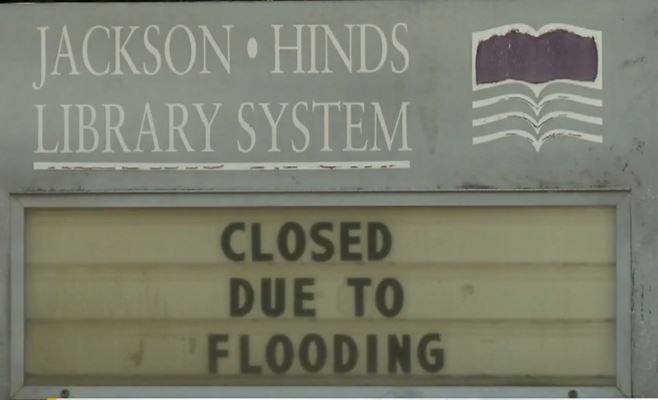 The sad story of the death of a library in Jackson, Mississippi, recently completed its final act. The library board has abandoned its interest in the building, its 34,000 books destroyed, and many people of limited means left without a vital service in their neighborhood. Something needed to be done several years ago, but even in hindsight, it's hard to know exactly what.

This story goes back to the spring of 2017 when the Tisdale Library, suffering leaks and general deterioration of the structure, was hit by flooding after a storm. This was not what the Jackson-Hinds Library System needed. They were already suffering a budget crunch and its main library also endured leaks. Jackson is not a wealthy city. It has an above average poverty level in a state with an above average poverty level. Meanwhile, state aid to libraries was falling as the city suffered its own financial woes. Sadly, it is communities with lower incomes that often need library services the most. Nonetheless, the library system had no choice but to shut down the library. On top of the structural damage, mold began growing in the flooded basement.

The library system had to invest a certain amount of money to maintain the structure, but its biggest challenge was what to do with the books. Being above flood level, they were spared, but mold was growing downstairs, and the air conditioning system drew air from down below. Those familiar with the humidity in spring-becoming-summer Mississippi understand that the only ones to enjoy that type of weather are the mold spores. Air conditioning is a necessity. Disaster was looming.

Unfortunately, the cost of climate-controlled facilities to place 34,000 books was prohibitive for a library with few free funds. The volume of books and their weight made it impossible to move them to the main library. A local mall offered room. The decline in the popularity of malls everywhere created a vacant space. Unfortunately, before the library was able to move the books, the mall shut down entirely. A local resident with substantial space offered to take them in, but that area was not air conditioned. That would not work.

While the city, which owns the building, and the library officials sought a solution, the books remained in the shuttered library. Moving books to other libraries became more problematic. It was likely they were picking up mold spores, which could ride along to another library with them. Then the mold began to appear on the books. It grew and spread to the point where it would now cost an enormous amount of money just to restore them. Stymied officials had taken too long to come up with a solution. It was too late. Finally, the library officials threw in the towel. They returned the Tisdale building to the city, and someone will have to dispose of the books, which will have to be done by people in protective gear, with the books taken to a safe place for disposal. Fortunately, the city appears to have a buyer for the structure, willing to take it as is, mold and all. The library system hopes to locate another building so that the neighborhood can again have a library. However, that will likely take time and, of course, money.