How to make a Fortune 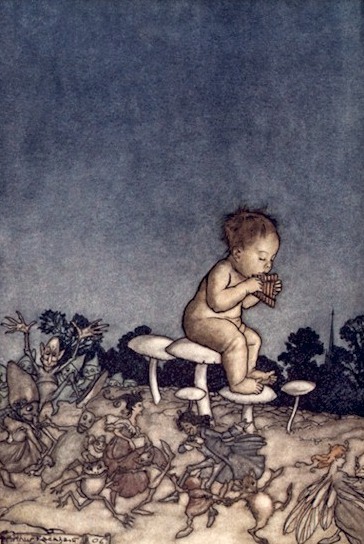 Looking to make a fortune in books? A recent article on the London Telegraph's website has some ideas, but I don't know. The article is headed "Book a limited edition fortune," by David Derbyshire. That title may be a headline writer's contribution, as Derbyshire is a bit more cautious about getting rich in his copy. In a reality check statement, he points out, "Although few people will ever make a fortune investing in books, some owners are making respectable returns." The no fortune part is probably not news to most booksellers.

The article points out that, "Not that long ago, dedicated book collectors had to seek out rare editions on the musty shelves of bookshops...." Where are they going now? Not the answer you are probably anticipating, the internet. No, they are going to "mainstream bookshops," those places which sell new books. What Derbyshire tells us is that publishers, "in an attempt to cash in on the demand from collectors," are putting out high quality limited editions of modern works. Evidently, the bookstores have been encouraging the publication of such editions. A typical run might be 1,000 copies (not all that limited). The publisher sends a handful of copies to each bookstore, a small enough volume to sell out quickly. Often, the volumes are signed by the author, making them even more desirable. Buyers may then choose to post their copies for sale on the internet for a tidy mark up, or put them away until their value reaches a "fortune."

There is nothing new about high quality limited editions. These have been produced on a regular basis for over a century, although in the past they were more likely to be classic works and authors, rather than newer ones. However, I think the appeal in those days was more to the collector, to the person who wanted something nice to put on the shelf. I don't believe the appeal was quite so blatantly financial. Rather than publishing these editions for people who want something fine to hold in their hands, they seem to be created solely for the purpose of making money in the resale market. Of course, at some point someone better actually want one of these for collecting purposes, or one day this house of speculation will collapse. I don't expect that I will ever be one of those people who buys such an edition to collect, but perhaps others will. If the author stands the test of time, it is likely there will eventually be collectors willing to pay up for these limited editions.

The article cites a few examples, both old and new, where profits have been realized. For example, there is a Peter Pan book published in 1906 that is now worth around £6,000 (that's $11,400 U.S. dollars). Blimey, Captain Hook! An investment like that could make you wealthy, provided the key to eternal life is found during your lifetime. More recent examples include Saturday by Ian McEwen. Sold at a bookstore in January for £35, it is now priced online for over £80. Here's something you know that Mr. Derbyshire does not. "Priced" online does not always mean "sold" online. But let's suppose this is a very good item and the owner does sell it for £80. How many copies can he buy, and how many of those will sell online for such a price before the market for these marked up copies disappears?