An Update on Building a Collection of eBay and ABE Purchases. 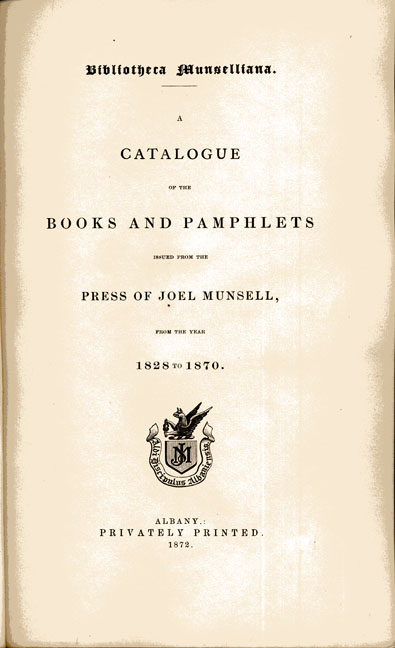 One of about 23 copies of Bibliotheca Munselliana


Since then a few other sellers have posted Munsell almanacs. They started with higher minimums and ran beyond my taste. Why one seller can get bidders to make higher starting bids and run the price higher is a bit of a mystery. The difference may be in their descriptions and the keywords they employ to attract attention. Then again it may be a seller employing shill bids. I've run into this before on eBay. It would be nice if eBay provided a piece of software to identify illogical bidding. In my experience it is logical to bid on items of interest but illogical to bid on a series of items from a single seller that do not appear to relate to any other items the bidder has pursued. Consistently illogical bidding is probably shill bidding and turns willing bidders skeptical when they encounter it. I dropped a Poughkeepsie seller a year-ago because his bidding seemed illogical. Others may have thought the same thing because today many of his items cannot find a starting bid even though his initial bid requirements are low.

One other Munsell item I picked up is an apparent rarity. I have to say apparent because it is listed in Munselliana as "20 copies printed." Here is what Joel Munsell's biographer, David Edelstein, had to say in his book Joel Munsell: Printer and Antiquarian printed in 1950.

"Only twenty copies were printed according to Munsell...In a letter from Frank Munsell to Leonard L. Mackall, May 22, 1916 tipped into a copy at the American Antiquarian Society "Frank Munsell claimed that only twenty copies were printed and it is so stated on catalogue cards in libraries possessing copies. Joel himself once stated in a letter to Justin Winsor that he printed 'but a dozen.' It is certain there were a few more than twenty as the author has located twenty-one copies..." page 264

Whatever the actual quantity the book is uncommon in the original edition. So it was exciting to find a copy posted on ABE recently for $131.50. After a brief discussion the price was finalized at $115. It is not a great copy. The spine is damaged and there is minor spotting in the final few pages but, for a Munsell collector this is an important book and I'm very glad to have it. Only one copy of the original edition is in the AED, a copy offered by Goodspeed in 1945 for $35, the equivalent of $1,400 today. A rebound copy was sold in 2000 at Oinonen Auctions for $350.

All in all the past few months have been very good. There really haven't been many new Munsell listings on ABE. Two months ago I speculated that over the next five years 50%, or about 1,500, of the Munsell imprints would come on the market. Two months into it Mike Stillman, who speculated that 20% was closer to the mark, looks to be about right. But I'm an optimist and there are 46 months to go.