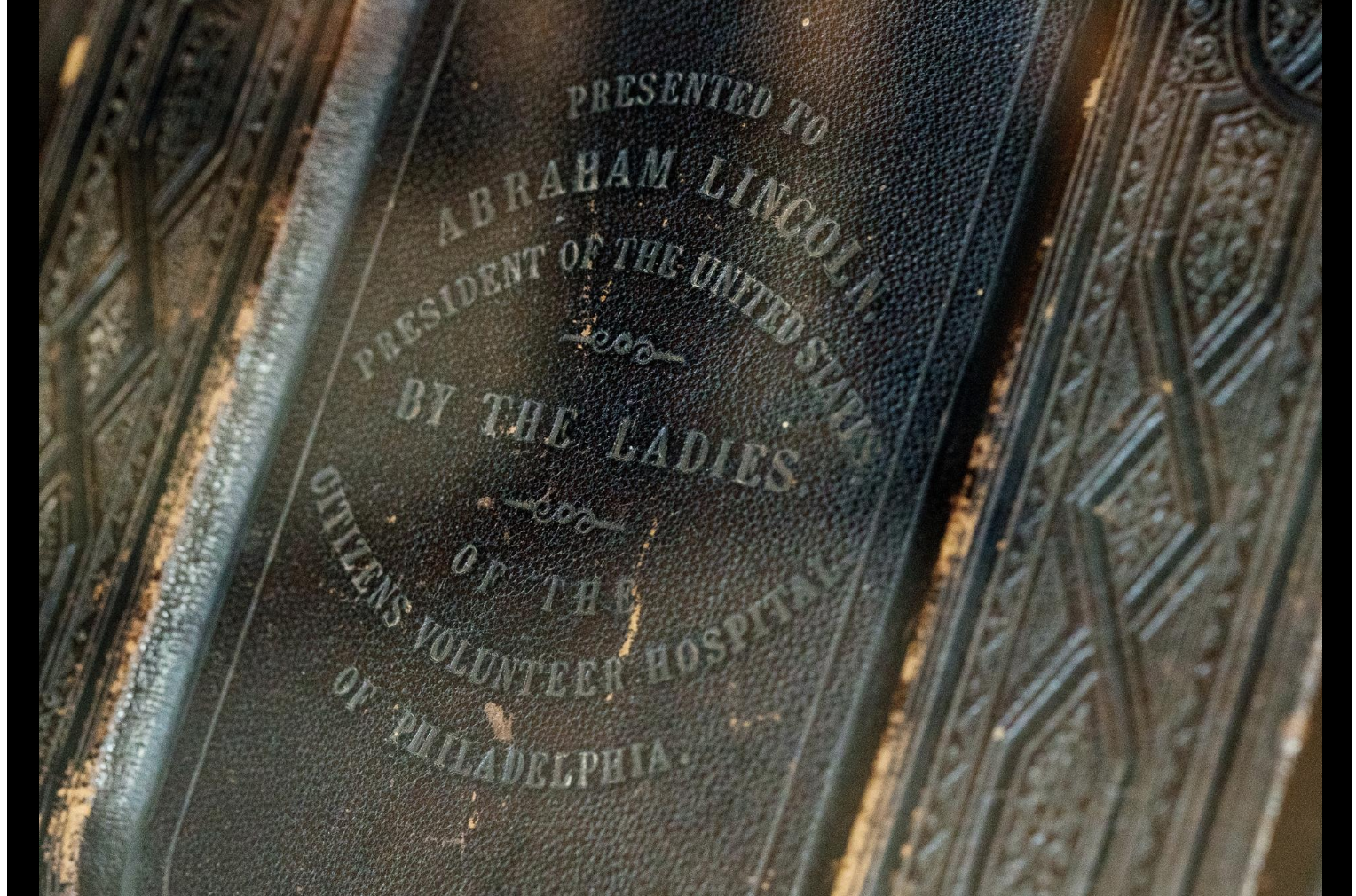 In 1864 Abraham Lincoln, weighted with war, made a trip to Philadelphia to support a charity event whose goal was to raise money for wounded soldiers.  For the event he provided 48 copies of the Emancipation Proclamation to be sold.  In turn, while there he received, from the Ladies of the Citizens Volunteer Hospital of Philadelphia, a bible with the words, Faith, Hope and Charity used to decorate the pages.  This copy, would later disappear from sight and now we know the story.

Mary Lincoln gave it to Noyes W. Miner, D.D. on October 15, 1872.  Miner was a friend of the President from their days together in Springfield, Illinois who would help the family through the ordeal of the assassination.

This copy would then be gifted to Reverend Miner, a Baptist minister, seven years later and the volume came down through the family over the next 150 years.

Over those decades there has been debate about the President’s religious fervor.  He was known to be an exceptional  story teller and was not limited by the rather timid social standards of the period.  So we know that the hands that held the good book and wrote out in his plain hand some of the most famous speeches in American history, was also a humorist and engaged his skills widely and occasionally in a ribald way.

Now we must again converge the different aspects of Lincoln, remembering the gifts, including this Bible, that he received as well as the extraordinary gifts for argument and persuasion that carried him to the highest office before ascending to the Parthenon of consequential Americans.