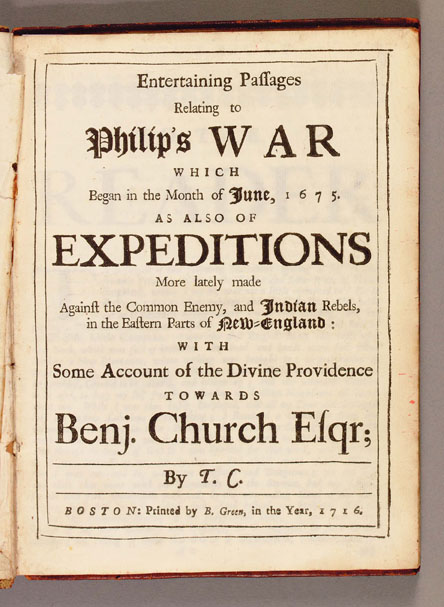 Jay Snider, one of the leading collectors of printed Americana, is changing his focus, intensifying his concentration on Philadelphia and releasing his broader holdings in American history. To accomplish this he is sending to auction an impeccable group of important and often rare material. In doing so he is providing an important test for the Americana field specifically and the book market generally as twenty-four lots are re-sales of material Mr. Snider bought at the Siebert sales in 1999. The Snider sale will be held at Christies in New York in two sessions on June 21st. Three hundred and forty-six lots, with an average high estimate of $18,000, are offered.

The material is divided into seven categories: Colonial Beginnings; The American Revolution and the Establishment of a New Nation; Almanacs; The Expansion of the United States East of the Mississippi; Slavery, Secession and the Civil War; Westward Expansion Prior to 1848; and Westward Expansion After 1848. About eighty percent of the material is maps, manuscripts and extremely rare and important books. About 50 of the lots will be up against direct comparables on ABE and other listing sites although often the Snider items are condition rarities or have important provenances that render comparison difficult.

Specific reserves have not been disclosed but generally the sale is described as being reserved one to two bids below the low estimate. An unspecified number of lots have lower reserves. It is a very interesting sale. Many of the items can be evaluated using AE's current value calculations that identify the item in prior sales, update and average the realized prices and provide a reasonably accurate idea against which to compare Christie's lot estimates. In a few cases there are no records, a strong indicator of rarity. In the majority of cases the AE calculations fall within the estimate ranges suggesting the reserves have been logically established. Many items of course have no close comparables as Mr. Snider's emphasis has been on unique material.

As is to be expected many of the biggest guns in the Americana field are present. Lewis and Clark, Patrick Gass and Pike reflect Mr. Snider's interest in the west as does an extensive collection of 19th century Indian treaties that are estimated at $60,000 to $80,000. Such a treaty collection, sold as a single lot, is an exceptional item for a western collector because it underpins region, state, event and period collections. A first edition of Reid's Tramp, lot 283, one of the two known copies of Eastin's "Emigrant's Guide to Pike's Peak," lot 286, and Hayden & Moran's "The Yellowstone National Park, and the Mountain Regions of Portions of Idaho, Nevada, Colorado and Utah," lot 322, are other valuable and important books that serious western collectors covet.