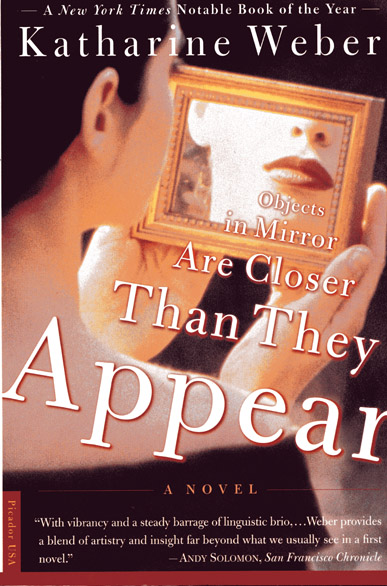 
For those interested to know more Google provides an effective way to collect Katharine Weber material. For starters there is the Katharine Weber website: www.katharineweber.com which provides news about her, her career and her books. There is a mention that The Music Lesson has been selected by Martha Stewart as one of "Martha's Favorite Books." The segment aired February 11, 2003. No mention is made whether Martha had a chance recently to re-read this title or other Weber titles while vacationing, as a guest of the government, in West Virginia.

Scrolling down the Google list of matches there is Fantasticfiction.com which says it provides a complete bibliography but lists only books. She certainly has written pieces shorter than novels and I suspect, if I set my mind to it, I can figure out what they are. What I'm looking for is a "catalogue raisone" in progress: a full list of all the ways to collect her work. It's a logical addition to her site but I don't find it. There is however a New & Current section that contains information that would be part of it. It's a start.

In total there are 772 Google matches for "Katharine Weber" [in quotes] so there is plenty of material for her fans to sift through.

As for myself, I'll be reading her books as they are released and I'll be hoping for another along the lines of The Music Lesson, a great example of impressionist writing, by which I mean, a story suggested rather than told. She left enough unsaid for me to complete the story with my own impressions, memories and ideas.

Whether she becomes a collectible author in the years ahead I can not say. But for reading today she's a great talent with an interesting style of expression.