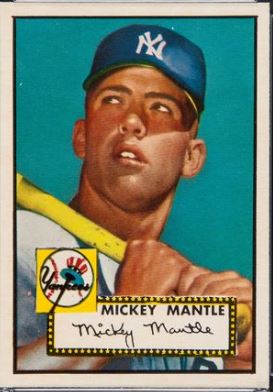 Are you out of your mind? (Heritage Auctions photo).

With another year under our belts, it's time to look back at the Top 500 prices paid at auction in the books and paper field (see end of this article for an explanation). At the top end, 2018 was a very good year. Prices rebounded sharply from 2017's softness. The top price paid in 2017 was $1.8 million for an early printing of the Declaration of Independence. This year's highest price was over five times that amount. Six items sold for more in 2018 than did anything in 2017. Nine items exceeded $1 million in price, compared to five the previous year.

The past few years we have seen comic books come to represent a significant portion of the Top 500. Think what you may, but they are books. This year, they have been joined in large numbers by baseball cards. Again, think what you may, but those are works on paper. Not a lot of paper, but they bring in a lot of money. I find it surprising. Comic books have become enormously popular. Witness the bizarre success of Comic-Con for validation. Baseball, however, seems to be a fading sport, and you need to be well along in age to remember even the youngest of these players when they were active (the newest was Nolan Ryan's rookie card). Football is more popular today, but football cards were limited to a single appearance by Joe Namath.

There was also a large shift in the most popular names by number of appearances. The past few years, cartoonist Georges Remi, better known as Hergé, has ruled the roost. No more. After several years of double-digit appearances, Hergé managed just three this time. That puts him down with the lowly, such as Shakespeare and George Washington, who also managed but three appearances.

The man at the top is improbable. Are politics moving left or right, or just to the extremes? In the year of Trump, the leading number of appearances in the Top 500 went to Karl Marx. He showed up 13 times. There is something ironic about wealthy people spending their big bucks on books and manuscripts by Karl Marx.

Once again, the runner up was the Birdman of America, John James Audubon. Always a bridesmaid. Audubon made 11 appearances, good for a tie with the controversial (still) scientist Charles Darwin. The religious need not worry. The list also has many editions of the Bible and Books of Hours.

With 10 appearances comes the botanical equivalent of the zoological artist Audubon - roses, lilacs, and other flowers illustrator Pierre Redouté. Then, in a tie with eight, is the great English ornithological illustrator, John Gould. Gould is joined at eight by two physicists, the incomparable Albert Einstein, and the brilliant but still humorous Richard Feynman. Surely you're joking, Mr. Feynman. Rounding out the group at eight was a man who was no Einstein, but he could hit a ball farther than Einstein, Feynman, and Gould combined - Mickey Mantle. Here come the baseball cards, though Mantle's listings included his first baseball contract. The seller of that contract made a lot more money off of it than Mantle did - $1,500 for Mickey, $102,000 for the former owner of the contract.

10. Declaration of Independence. This is not a 1776 edition. It didn't come until 1823. However, it is highly valued as one of only 200 facsimiles authorized by Congress, prepared from the original document by William J. Stone (it is said the process he used faded the original). Nothing better replicated the original than this. $852,500.

9. An Inquiry into the Nature and Causes of the Wealth of Nations. This one actually was published in 1776, but it's about economics, not that dispute between Britain and its colonies. Adam Smith made economics a field of serious study. $1,154,112.

8. Declaration of Independence. The Declaration may not be #1 this year, but two appearances in the Top 10 isn't bad. This edition is from 1776. It is one of the very early printings, from July 17, in Salem, Massachusetts. Rather than printing them all in Philadelphia, the Declaration was printed locally for local distribution, which is why July 17 is actually a very early date. $1,185,000.

7. Du côté de chez Swann. One of the first five copies on Japanese paper of Marcel Proust's novel. Proust gave it to his close friend and fellow writer, Lucien Daudet. $1,722,968.

6. Working draft of the "Big Book." This is one of the bestselling and most influential books of the last century. Written by Bill Wilson, "Bill W.," it is the founding document of Alcoholics Anonymous, which saved the lives of so many alcoholics. It is filled with annotations from Wilson and his associates. $2,400,000.

5. Grandes Heures de Galeazzo Maria Sforza Livre d'Heures, a l'Usage de Rome. This is one of those magnificent illuminated manuscripts, a book of hours dating to the 1470s. From Milan. $2,563,600.

4. 1952 Topps Mickey Mantle Baseball Card. Seriously. The introduction to the description says it all: "It might be your wife. In fact, if you're married, it almost certainly will be. It might be your mother, or your children, or your friends at the country club, but you will, undoubtedly, be met with a single question after recording your winning seven-figure bid for this card. 'Are you out of your mind?!'" Despite the writer's later attempt to justify it (supply and demand, etc.), the answer is "yes." I love Mickey (Mickey who?), but this is ridiculous. $2,880,000.

3. The God Letter. A personal letter from Albert Einstein in the last year of his life, revealing most clearly his religious views. Writes Einstein (translated from German), "The word God is for me nothing but the expression and product of human weaknesses, the Bible a collection of venerable but still rather primitive legends." Einstein was impressed by the orderliness of the universe, but did not see that as the product of an anthropomorphic creator. $2,892,500.

1. The Birds of America. The Duke of Portland's set of what has gathered several of the highest prices for a book ever paid at auction. Published in installments from 1827-1838, this is the massive double elephant folio first edition of John James Audubon's masterpiece. $9,650,000.

**This list includes all kinds of books, along with ephemeral "works on paper," such as pamphlets, broadsides, maps, manuscripts, and yes, baseball cards. Prints and photographs are also included, but only those more of a historic or informational nature, rather than primarily of artistic value. If artistic paper were included, the list would be dominated by the Andy Warhols and Robert Mapplethorpes, purveyors of art rather than information. At times it can be a fine line. Original artwork is included, but only if meant for a book (E. H. Shepard).

With hundreds of auction houses out there, we may have missed a few items. The same may be true of sales late in the year where results were not posted in time for this report. We apologize for any qualifying items missed.