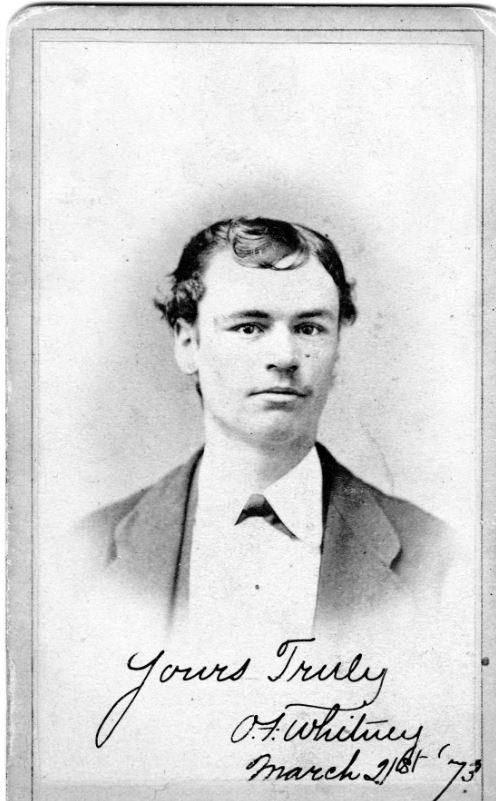 Kevin Mark Ronald Schuwer finds himself in a lot of trouble today. Schuwer, a former student at Brigham Young University, has plied the lucrative trade of selling artifacts related to the Church of Jesus Christ of Latter Day Saints, commonly known as the Mormon church. Its historic books and artifacts are highly collectible and known to bring high prices. There was one problem with Schuwer's participation in the trade. He was selling stolen or fraudulent material.

He drew the attention of authorities on the basis of one particular theft, which was documented by video cameras. According to an arrest warrant, Schuwer entered the special collections room at the library of Utah State University. Cameras show him filling out a registration form that allows him to gain access to some historic photographs. The affidavit for the arrest warrant continues, "Kevin Schuwer is then seen on camera at 3:31 PM on 10/19/2018 examining a picture later identified as a portrait of a prominent LDS apostle, Orson F. Whitney." Continuing, it says, "Schuwer then manipulates a storage box containing other pictures in what appears to be an effort to obstruct the view of passers-by. Kevin Schuwer then acts as if he is going to put the picture back into its protective envelope. He instead passes the photo under the envelope and slides it into his gray laptop case which is on the table next to him." The video shows Schuwer then putting the empty envelope back in the pile of photos, and at 4:00, he leaves the library.

Schuwer didn't waste any time attempting to cash in on his illicitly acquired photograph. That same evening, he contacts two potential buyers. "Victim A" quickly purchases the photograph. However, he also begins researching the signed photograph and discovers it was listed as belonging to the collection of the Utah State Historical Society. Realizing they rarely sell artifacts from their collection, he returns the photograph for a refund.

Schuwer again doesn't waste any time. He now sells it and four other photos to "Victim B," in California, for $1,500. Meanwhile, "Victim A" contacts Ron Fox, an expert in LDS (Latter Day Saints) artifacts, who in turn contacts Utah State University about the photograph. The Utah State Library checks its collection and finds the empty envelope. They have the registration form filled out by Schuwer and the video of his actions. "Victim B" sends the photograph back and they identify it as the one missing from their collection.

It turns out this was just the tip of the iceberg. "Victim B" had also purchased a rare photograph of Porter Rockwell (Joseph Smith's bodyguard) for $11,500 from Schuwer. That picture belongs to the Daughters of the Pioneers Museum in Salt Lake City. Meanwhile, he quickly agreed to a judgment in a case brought by Tracy Rawle, in which Rawle was awarded $694,701 for purchasing various fake items, including a counterfeit 1835 hymnal for $65,000 and a counterfeit Mormon gold coin for $60,000.

Additionally, Schuwer was charged with selling various items for others but pocketing the proceeds himself. That included a King James Bible once owned by King James for $105,000 and an 1830 Book of Mormon for $105,000. The latter had belonged to the aforementioned collector Tracy Rawle. Rawle was getting defrauded coming and going. Court documents indicate that Schuwer consented to this judgment to avoid paying costs of litigation and likely punitive damages on top of returning the wrongfully withheld funds.

This is not all the crimes alleged against Schuwer. He is said to have stolen eight books from the Brigham Young University Library by borrowing them, and then removing their bar codes, placing the bar codes on different books, and then returning those substitute books instead. He is alleged to have also taken a photograph from BYU and replaced it with a photograph of the photograph.

Schuwer has been charged with three felonies, with potential prison sentences of 5, 5, and 10 years. Meanwhile, he still faces charges in other jurisdictions as well.