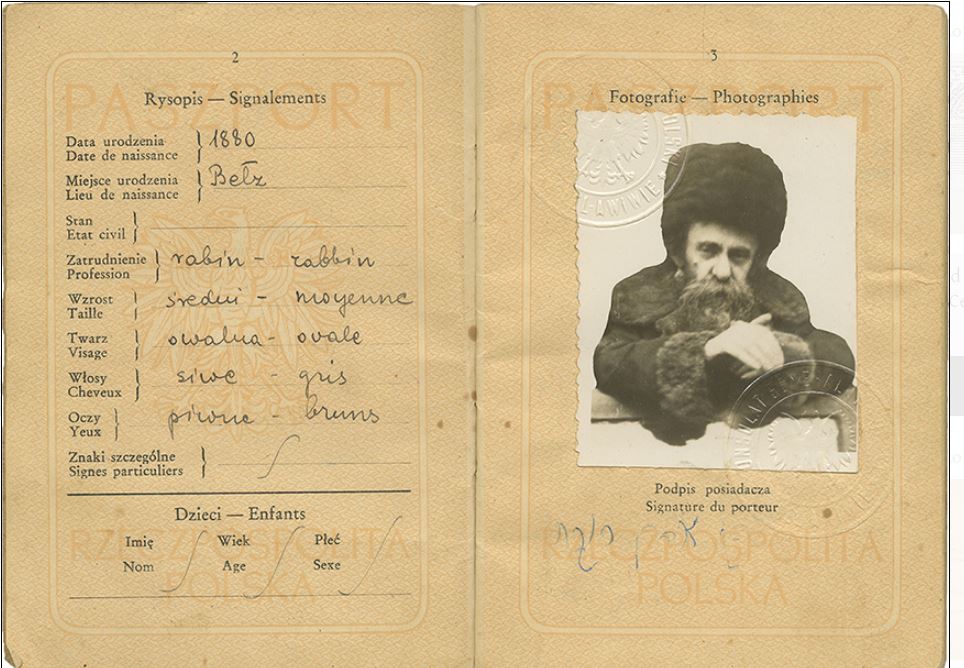 The passsport of Rebbe Aharon Rokeach.

Kedem Auction House of Jerusalem is hosting a major sale of Jewish and Israeli material on November 13. You don't have to be present in Jerusalem to participate. Collectors all over the world may bid by internet and telephone if the distance is too great.

The auction is titled Rare and Important Items, divided into three main sections. There are books, manuscripts & rabbinical letters, Jewish & Israeli history and culture, and objects - Judaica, Israeliana & Numismatics. The Kedem website can be selected to be read in either Hebrew or English, so fluency in Hebrew is not a requirement, though naturally enough, many of the old and historical writings are in the language of the Bible.

Here is an example of an older, historic book that is being offered. Lot 72 is a prayer book for the High Holy Days (Machzor) that was used in the Ashkenazi community of Padua in the early 18th century. It belonged to Moshe Chaim Luzzatto, rabbi and kabbalist. He was known as the Ramchal. That is an acronym taken from his Hebrew name, a manner in which some of the great Jewish scholars were addressed. His copy of the Machzor is particularly notable as it contains many notations written in the margins by the Ramchal. He served as chazan (cantor) during the services.

Lot 108 is a passport issued to Rebbe Aharon Rokeach of Belz, with his picture and signature. The Rebbe didn't use it. He had miraculously escaped the Holocaust as his followers managed to move him around from one place to another from his home near the Polish border. It was necessary as he was a target of the Nazis. When he made it to Budapest in Hungary, the Nazis demanded his extradition. Instead, his supporters smuggled him south through Romania, Bulgaria, Greece, Turkey and Syria, before he finally made it to the Holy Land. His brother also made it, but sadly, the Rebbe's wife, children, grandchildren, and most of his extended family were killed by the Nazis. This passport comes from after the war. It was issued by the Polish consul in Israel in 1948. His followers back in Europe wanted him to return and he planned for the trip. It turned out the plane ticket was for the day of his mother's Yahrzeit (remembrance). He said he never traveled on the day of a Yahrzeit, and managed to find reasons for never rescheduling, but stayed in Israel instead.

Lot 145 consists of 18 handwritten documents from the Inquisition in Bologna during the 15th century. This inquisition involved heresy, but it was not on the level of what was done to the Jews during the Spanish Inquisition. Rather, it was mostly targeted at what were considered heretical Christian sects. One group of documents pertains to an investigation of the Musetti family, Abraham, his wife Bronella, and a family member named Decatilus, Jews from Bologna. They were claimed to have interfered with a Corpus Christi procession in 1445. It appears this may have been more of a personal dispute between family members and a couple of Christians. The papers likely belonged to the inquisitor.

There are many more historic and interesting books and documents to be found in this catalogue. Kedem Auction House may be found at the following link: www.kedem-auctions.com/.

The lots in this specific sale are found at www.kedem-auctions.com/sale/63/?show_items=all.