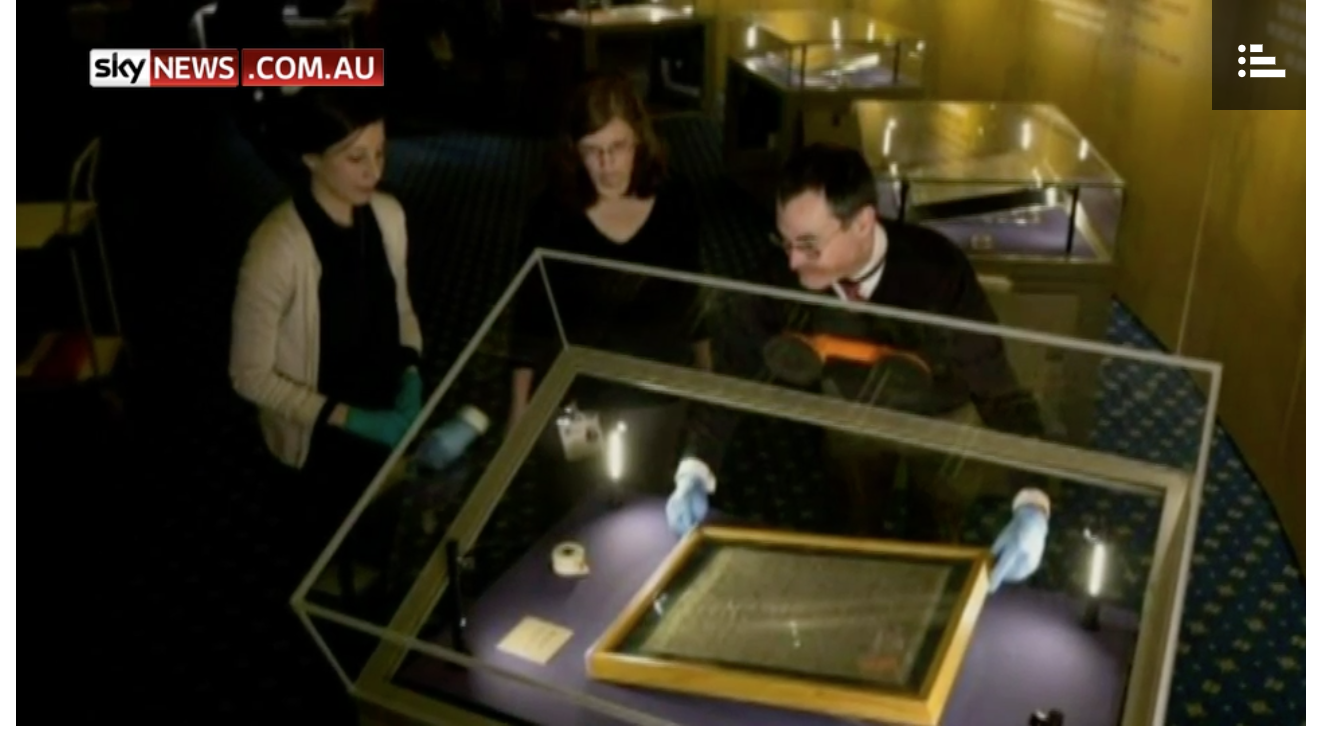 The document was well protected.

We have it on good authority, because the Guardian, Washington Post and NBC News have reported it, that a 45-year-old man recently decided to acquire one of the four [of 13 said to have once existed], surviving copies of the Magna Carta that are known today.  The copy in question dates to 1215 and is in the possession of Salisbury Cathedral in Salisbury, England where it is protected by God, bystanders, staff and a silent alarm.  For their intervention the staff are being given most of the credit.

We can report that the copy, behind several layers of protection, is safe and undamaged and now presiding over another crucial moment – as populations and governments worldwide redefine their relationships and obligations.  The Magna Carta is an important root, frail but relevant up to the current day.

Salisbury Cathedral said in a statement: “We can confirm that at the end of the afternoon yesterday, a man attempted to break into the case which houses the Magna Carta in the cathedral’s chapter house. He was arrested by police shortly afterwards and taken into custody.

“We are very relieved that no one was hurt during the incident and that the Magna Carta itself is undamaged. We are very grateful to all who dealt with the situation so swiftly and effectively. We are very sorry that, for the time being, our copy of Magna Carta will not be available to visitors and will have it back on display as soon as we can.”

Recent reports that the objective of the theft was to tear the damn thing up to facilitate BREXIT have yet to be confirmed.

And in a departure from “American Justice” the defendant has been released and told not to come back.  Whether he’ll turn up at book fairs has yet to be determined.