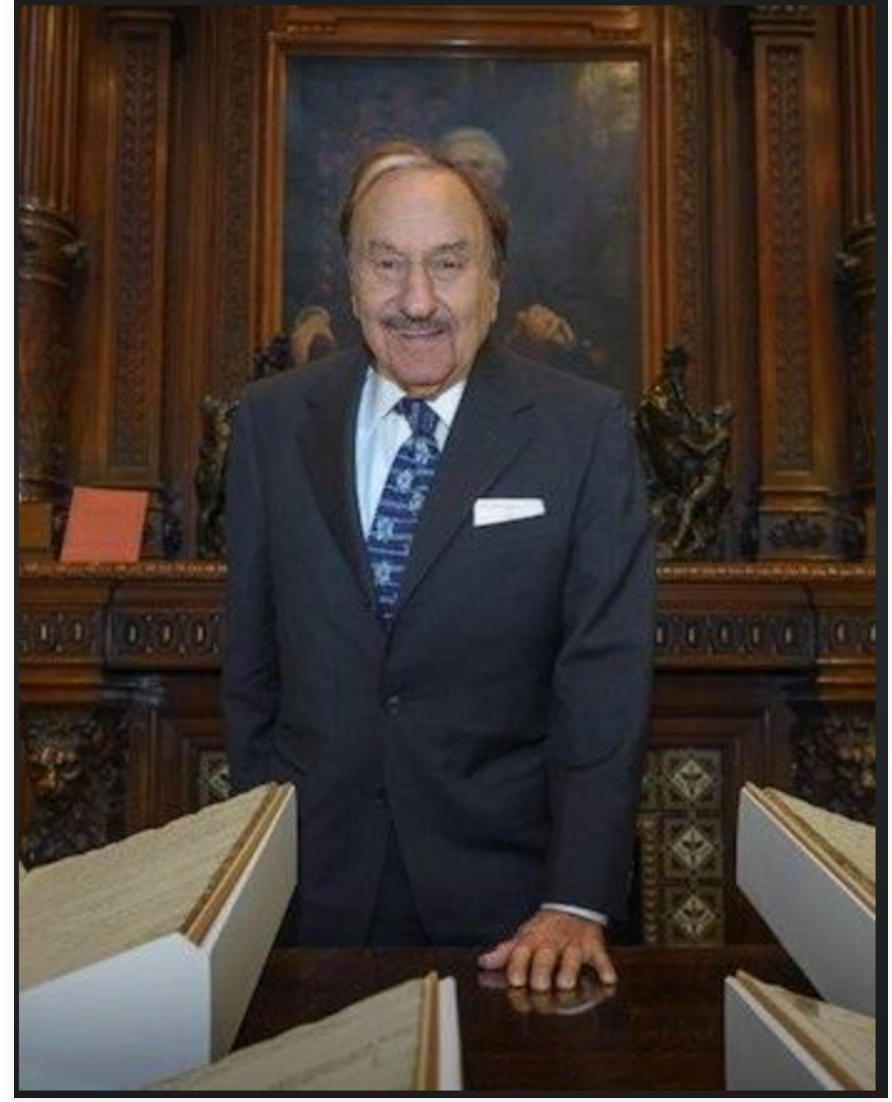 Recently Grolier Club members received word that one of the brethren, Jay Kislak, had slipped away.  Death can be delayed but not avoided and we know this because, were it possible to beat death, Jay would have.  He was extremely intelligent.

Jay was a banker, opinionated to the point of certainty, with resources to buy the greatest material for his various collections.  I visited Jay at his offices in Miami, at the suggestion of Bill Reese, in 1991.  Jay was already a legend, but happy to spend several hours to tell me about his material.  My motivation was to understand how the field functioned.  Jay, then 69, was on another planet, on the verge of becoming a billionaire and pursuing whatever pleased him.  Today he is acknowledged as a 20th century heir to the greatest collectors of the 19th century, in equal parts because he shared their single-mindedness, extraordinary wealth, and ultimate generosity.

When later in life Jay turned his attention to philanthropy, not surprisingly, it was on a level few could fully appreciate.

When I met him 1991 I was surprised to learn that he didn’t have a set of Servies’ Bibliography of Florida.  It was a relatively expensive set, $400 or so at the time, and I, the would-be collector, gave it to him, a homage of sort, to the greatest collector of Americana of his era.  Years later, when I established the Americana Exchange, he would become an ardent supporter, even now providing our services to the Library of Congress and I believe, four other institutions to which he gave portions of his collections.

His name will live on.  It was a privilege to know him.