Bill Helfand: gone but not to be forgotten 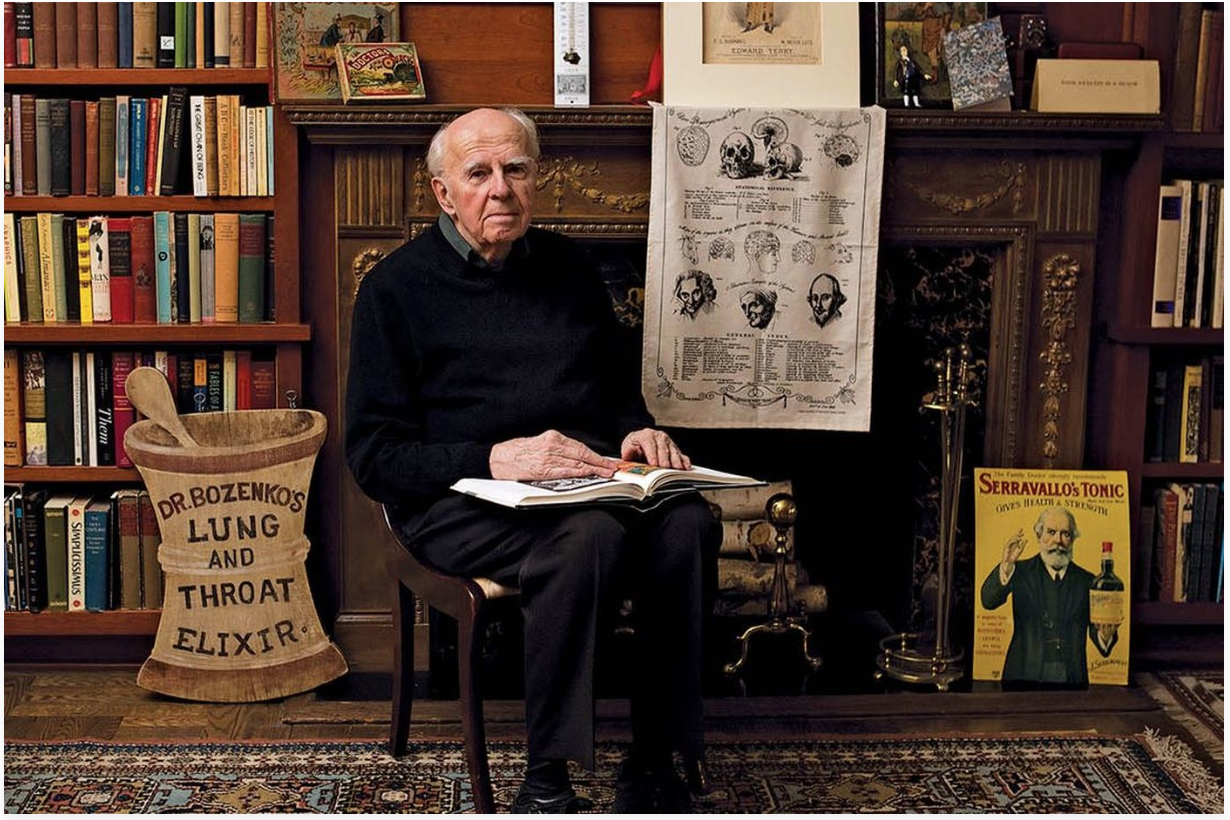 Bill Helfand, [William H. Helfand], an exceptional collector and member of the Grolier Club since 1978, passed away recently at 92 and left us much to consider.  He had a drug problem, that is, a lifelong interest in drug ephemera, particularly quackery, that he came by naturally.

His subject was a thin niche that required he figure out who might have material of interest because much of his collecting predated the internet.  For that, he visited shows, regularly received catalogs, and traveled for the Merck Drug Company in the United States and Europe.

There are not many advantages to advanced age but if you were a life-long collector and lived to be 92, that means you started to collect before collecting categories had become so settled.  That in time, if you were persistent, made you an expert, and in his case, the expert, in a slim niche that only became visible with the explosion of the Internet 25 years ago.  By that time Mr. Helfand had already amassed a huge collection of printed quackery and would go on, when he was 76, to publish his well-regarded and interesting volume, Quack, Quack, Quack in 2002.

He had the proper background for it.  Mr. Helfand was the son of a druggist, earned a degree in chemical engineering at the University of Pennsylvania in 1948, and an additional degree from the Philadelphia College of Pharmacy and Science in 1952, after which he joined Merck. He also worked early on in his father’s drug store and may have found the labels more interesting than the pills and powders for their names and claims were clues to their efficacy and he would later spend his free time identifying and acquiring examples of spurious drug advertising.

In his seventies he would allow, after a career in the marketing of medicines, that the distinction between quackery and helpful medicines was often a matter of perception, and sometimes the most garish claims were the only hope sufferers had.

He has now departed and we do not, so much anymore, visit the graves of they who have run their race and so it’s unlikely many will find his resting spot.  But they will find him now and again online.  His book, Quack, Quack, Quack will live on, copies in time climbing into the auction ring where descriptions and prices will be noted and his name referenced when serious collectors in his field consider what he figured out long before the Google search replaced inspiration and perspiration with term matches.

For collectors of false claims and nostrums Quack, Quack, Quack sets a very high bar by which to judge your collecting ambitions and accumulations. It includes his succinct and very clear history of the field followed by 183 examples that illustrate the changing intersection of hope and medicine.  Go back several hundred years and you’ll find that medical claims were more the stuff of conjurers than physicians.  That of course has changed, if not altogether, for the better.

With this article are 10 examples of quackery from his collection, that, after looking them over, should be followed by an examination of your medicine cabinets.