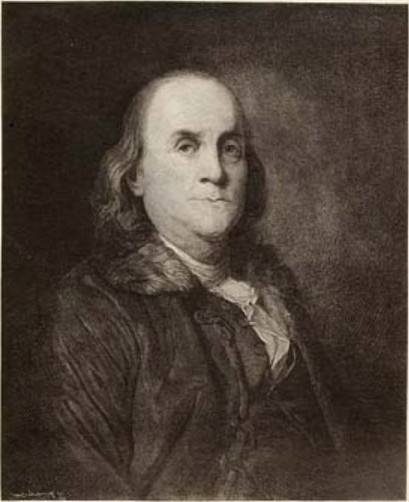 
Two months later, in the July, 1752 issue, "J.L." sends a detailed description with an illustration of another electrical experiment designed to reproduce Franklin's findings. Similar experiments are reported in the August, 1752 issue, which describes an apparatus erected at the top of St. John's Gate and refers to other reported replications of Franklin's experiments in France.

The October, 1752 issues contains two other responses to Franklin's experiments - one positive and one sarcastic and negative. "The experiments made by Mr. Franklin, and repeated in France, have, I find, given rise to an opinion, that lightening is extracted from clouds by the iron bar, that it may be diverted which way we please, and the mischiefs of it prevented.-- This, I presume, is to infer more from these experiments, than they authorize, and, I am of opinion that such notions are entirely groundless...Upon the whole, I am afraid we must give up the project of protecting ladies from lightning unless they will content to carry upon their heads an empty bottle, with an iron rod stuck in it, and a long wire pendent behind...."

Beginning in the 1740's, Franklin and his colleagues experimented with electrical phenomena. They sent their findings to the Royal Society of London, as well as Gentleman's Magazine. The various writings were first collected and published by Franklin in 1751 in book form, translated into French in 1752.

The 1752 Gentleman's Magazine that we collected, then, contains a collection of articles which gives us an interesting picture of contemporary scientific musings on the Continent with respect to Franklin's work, competing "scientific" theories, and attempts to replicate his experiments. Franklin eagerly joined in the debate with his excerpt and the Collinson letter.

Experiments and Observations was reprinted six times in English and in French before 1769, as well as in Italian (1774) and German (1758).

Within ten years of publishing his work in GM, Franklin would be recognized with the degree of Doctor of Laws from the Universities of Edinburgh and Oxford. And by the time the very collectible fourth edition of Experiments and Observations was published in 1769, fourteen years had passed since the letter to Peter Collinson on the kite experiment, and some twenty-three from Franklin's first experiments with electricity. Franklin had already received recognition from his peers as a world-class scientist and philosopher.

I think it is much more pleasurable to understand the context in which a work was written and reprinted -- it is a world of understanding that extends well beyond the date on the title page.