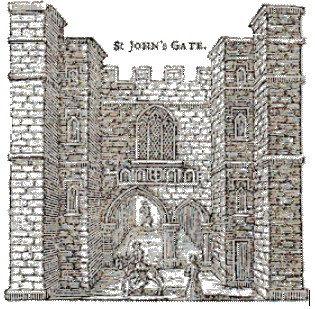 Masthead of The Gentleman's Magazine, source for experiments replicating Franklin's observations on electricity.

As rare booksellers, it is normal for us to focus attention on publications in book form. Benjamin Franklin's Experiments and Observations on Electricity, Made at Philadelphia in America, To which are added, Letters and Papers on Philosophical Subjects. The Whole corrected, methodized, improved, and now first collected into one Volume (London: for David Henry, 1769), 4th edition, is a lovely, desirable collectible -- the first book in which Franklin's research activities on electricity, including his famous kite and key experiment of 1752, were collected. I love rare books, but I was trained as a scholar first, and so get a bit frustrated, even dissatisfied, when I see interesting books bought and sold as standalone objects that have monetary value, as if they somehow exist devoid of any context.

Experiments, in fact, was not just a later, more "complete" edition. Like many modern researchers and authors, Franklin, who was engaged in electricity-related experiments since 1746, did not first publish his findings in book form -- but initially published and distributed letters and papers, some of which appeared in the same year of his field work.

When we began to collect Frankliniana (with a very modest budget), we thought it would be interesting to look at materials related to Franklin's work -- in other words, not only the works themselves, but the response of other thinkers to his works. For us, context adds tremendous value to books, because it helps us to not only focus on the date on the title page, but the cultural context in which the work was created.

With that in mind, we purchased what is now a pretty scarce volume of Gentleman's Magazine, Volume XXII for 1752 (London: Cave). This illustrated collection of letters and essays has a real freshness and immediacy, and was printed in the same year of Franklin's famous kite experiment.

In May, 1752 GM publishes an excerpt by Franklin called "A new Hypothesis for explaining the Phenomena of Thunder, Lightning, and Rain" excerpted from an earlier edition of Experiment and Observations on Electricity. Following the excerpt, there is a letter, published May 26, 1752 by "N.S.", referring to two lightning rod experiments in Paris, both of which had been reported to the Royal Academy of Sciences. These experiments were designed to confirm Franklin's hypothesis that properly grounded lightning rods would preserve tall structures from damage.