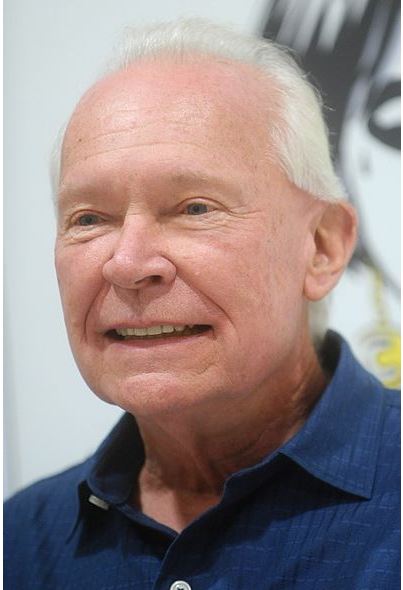 Author Terry Brooks was a victim of comic book theft.

An Illinois woman has been sentenced to six years in prison, and almost $400,000 in restitution, which the judge noted she will never be able to repay, for the theft of an author's comic book collection, along with embezzlement at the law firm where she worked. Trisha J. Clemens, 37, of Sterling, Illinois, had pleaded guilty to the charges last fall, and was sentenced in court in late January. While sentenced to six years, she will be eligible for parole in half that time. She will then be obligated to pay $291,153 of restitution to the law firm of Miller & Lancaster, along with $108,793 to author Terry Brooks, whose comic book collection she stole. As the judge noted, it is unlikely she will ever make enough money to repay all she stole.

This case was particularly sad as Clemens had been working at the law firm since she was around 20 years old. She was almost like family, trusted with the firm's money and books. According to the charges, she had been embezzling funds since 2007. She cited a gambling addiction and alcohol abuse as the cause of her behavior. She stole from bank deposits, did not report cash payments, and adjusted the books to hide her embezzlement. She was also responsible for making insurance payments, and one of the partner's life insurance policies was cancelled when payments were not made. She also stole money from clients' trust accounts, which could have caused serious problems for the law office. Another of the firm's partners testified that his sense of betrayal was "awful."

As for the over $100,000 worth of comic books, they belonged to author Terry Brooks. Brooks is likely the "Hardware Capital of the World's" most famous son. He is best known for his Shannara and Landover series. They are fantasy fiction, books that might appeal to those who enjoy Tolkien. Twenty-three of them have made the New York Times bestseller list, and Shannara was converted to a television series which ran for a couple of years on MTV. Brooks stored his comics, ironically for safekeeping, with the law firm. It was a logical choice. He not only grew up in Sterling, but after college, earned a law degree, and following that, went to work for the predecessor of Miller & Lancaster. He started in 1969, and five years later was made a partner. However, in 1977, his first Shannara book was published, and its success led to several more. By the mid-1980s, he retired from his legal job to devote full time to writing books. That is why he picked this law firm in his old home town as a logical place to store his comic books.

Ms. Clemens asked for four years of probation instead of prison, but that request was denied. She did not help her cause when released on bail, she violated one of its terms by drinking, and is facing a DUI charge from the time after her release.