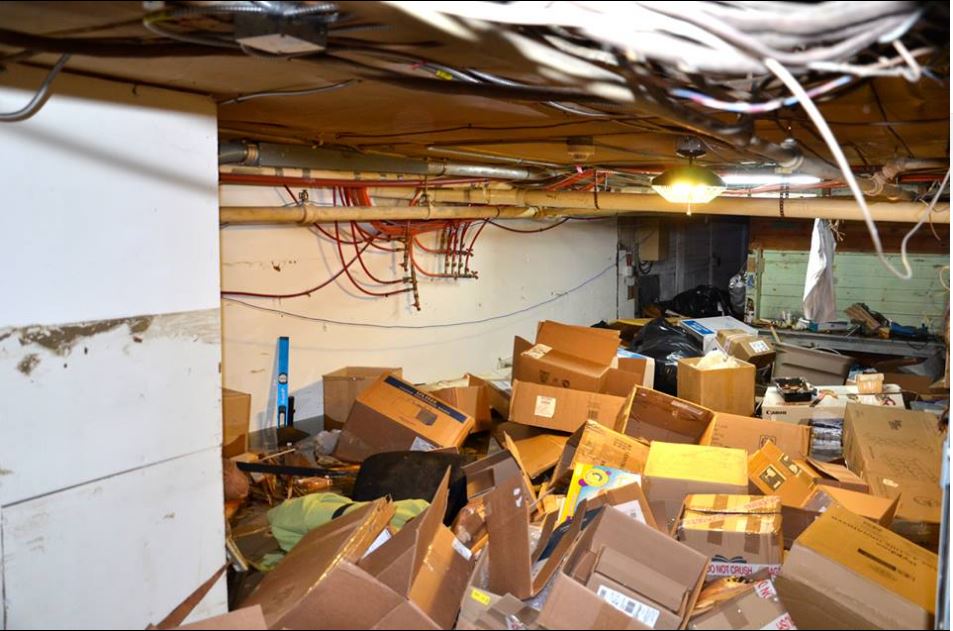 In one of the saddest tales related to books and manuscripts we have seen in a long time, a Maine bookseller suffered a devastating loss on January 16. The loss was not only tragic for the great amount of material damaged or destroyed, much of it unique or rare and irreplaceable, but by the fact that it was totally unpredictable. There was no way for the owner to anticipate and prepare for the event that destroyed so much of his valuable inventory.

The bookstore is Gerald Winters & Son and their specialty is all things Stephen King. They also carry other authors, notably Tolkien, but this is particularly the place to go if you collect King. The shop moved to its current location in Bangor, Maine, last year as that is King's hometown.

The devastation was caused by terrible flooding. Water flowed into the shop's basement, where much of the collection was stored, at an alarming speed. Herein was the issue that made it so unpredictable. It was no Nor'easter or other major weather event that caused the flooding. Rather, it was a totally unpredictable water main break in front of the store. How does one prepare for that? The pipe burst, spewing torrents of water into the basements of Winters' shop and those of his neighbors.

Almost six feet of water filled Winters' basement. According to the Bangor Daily News, around 2,000 items were badly damaged or destroyed, including "first and limited-edition King books, galleys, signed copies, prints in different languages, rare ephemera, and seven of King’s original manuscripts." Among the manuscripts thought lost were those for Dolan’s Cadillac, Maximum Overdrive, and The Eyes of the Dragon. Fortunately, further digging through the mud discovered that six of those manuscripts, held in a sealed plastic container, had survived the flood unscathed. They are irreplaceable and the most valuable items in the collection. Only Maximum Overdrive was destroyed.

In the days after the accident, Winters reported on his Facebook page that he had been spending 20 hours a day trying to salvage as much as he could and had recovered several manuscripts. Unfortunately, his family was overseas at the time and could not provide more than moral support. However, he made it clear he was not giving up, noting, "I will persevere, and fight on in the face of adversity."

Winters' Facebook page was filled with messages of support from friends and customers. Also expressing support was King himself. The Bangor Daily News quoted King as saying, "I’m horrified. As a book lover, my heart goes out to him. I will eventually reach out and see if I can help in any way."