Mount Eden Books to Call it a Day 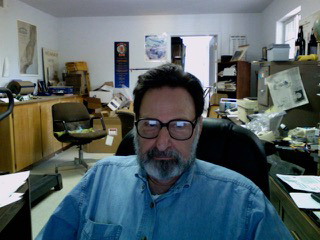 Jerry Pressler, of several places in Ohio and even more in California, has spent his 91 years being busy.  He’s had many careers, some spanning decades, and recently decided it’s time to settle his last business:  Mount Eden Books & Bindery.  It turns out the kitten can’t play with the catnip forever.  He’ll be selling his stock of 9,000 items in the geology, mineralogy and mining field for a single bid without a reserve.

In looking ahead he’s clear minded and clear spoken, in fact, remarkable.  In seeing his life and remembering the world he’s been part of, translucent.

He was born in Ohio in 1926 right into the bright lights and crescendo of the great American bull market in stocks that ended when he was three.  His father, Harry, was a supervisor for Cort Shoes, a Midwestern chain that required his dad and the family move every few months to train new managers in different communities.  By the time Jerry entered junior high he had attended 14 schools.

When he wasn’t at school or between them, he worked for his father as a shoe salesman, a career he moved on from when he was 14.  Following high school, he enlisted in the Navy, became a hospital corpsman, served in Charleston, South Carolina and later in Jacksonville.

The world now safe, he set out in 1947 to make a mark in the Midwest.  A few years later his family relocated to the San Francisco Bay Area and he to Los Angeles.  Soon enough, he found the Bay Area more interesting and joined his family in San Francisco.  There he met his future wife, Bea, who was a recent graduate of Cal Berkeley.  Because he could sell and the prospects were strong he started to rep various clothes lines.  In the rear-view mirror, he remembers himself as naturally shy but found he could sell anything, even the shirts and slacks he would sell for more than a decade.

But he didn’t yet have a college education and was determined to get it.  In 1970, he reached the decision to go to college and, in 1974, graduated from Cal State Hayward with a degree in geography that then led to his pursuing a Masters.  With his freshly minted Bachelor’s degree in hand, he joined the teaching trade part time and by the late 1970’s had also become a part-time bookseller.  He would teach geology and geography at Ohlone Community College for the next 25 years and spend his weekends selling old and used books and since retiring from teaching in 1997, continue to keep his hand in the book trade while also doing bookbinding.

Old and used books which came into his life slowly, initially he the collector and they the focus, gradually became the enduring interest that has kept him young.

What he has are about 9,000 items relating to geology, minerology and mining.  And as he prepares to sell, his pitch is very straightforward.  He would like to sell the entire inventory, his thought being that what he has is the basis for someone’s ongoing business.  He isn’t going to be fussy about the price.  He’ll listen to offers and quickly decide and incliude the necessary bookshelves if needed.

For him it’s an orderly conclusion, for the buyer an unusual opportunity.  He’s spent his career trying to be fair.  In retiring he expects, by accepting a relatively modest offer, to repay the many kindnesses the field has shown him.

So, if you are in the field or on the outside and looking to be on the inside, here is your chance.

The material can be viewed by appointment in Grass Valley, California.  Conversations by telephone (530) 274-2665 and/or email at books@mtedenbooks.com are encouraged.

Jerry of course is not retiring.  He’s simply going to focus on bookbinding.  He's been doing it for years and as he explained, “even at 91, you need to stay busy.”