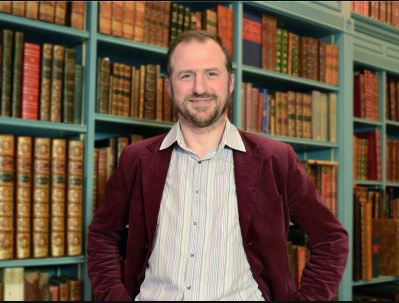 Scholium Group, the publicly traded company that owns Shapero Rare Books, recently announced the sale of approximately 50% of their Russian stock to PY Limited, a company controlled by former employee Pierre-Yves Guillemet. It is a somewhat unusual deal, but a sign that Shapero is looking to reduce its exposure to Russian customers by repositioning some assets to more traditional markets.

Rather than selling half of their Russian books to Pierre-Yves Guillemet, Scholium sold him a 50% interest in all of their Russian stock. The cost of the books, maps, prints and other works on paper is approximately £1 million (about $1.3 million U.S. dollars). The price to Mr. Guillemet is £250,000 in cash plus a non-interest bearing note in the amount of £315,000. The note is repayable from Mr. Guillemet's share on the sale of Russian stock, with any balance still due payable in full on February 28, 2020. In the meantime, each party earns half of the gross proceeds and profits on each sale from the Russian inventory. The two parties will work together to sell the jointly owned inventory.

The announcement from Scholium stated that during the year ending on March 31, 2017, the Russian stock contributed £15,000 to central costs. We are not clear but imagine contributing to central costs rather than cost of goods means that amount represented the profit on sales.

In explaining the reason for the sale, Scholium Chairman Jasper Allen said, "We are delighted to have entered into this agreement with PY Limited, which will enable us to redeploy part of our investment in the Russian stock into more buoyant parts of our business, whilst also retaining an interest in the profits which we are confident Pierre-Yves Guillemet will earn."

Pierre-Yves Guillemet worked at Shapero Rare Books until breaking off on his own in August. Naturally, he brought considerable expertise in the subject of Russian books and paper. Prior to his decade at Shapero he worked at Christie's in the book department with specialization in Russian and Eastern European material.