Columbus returns to the Vatican: it's a miracle! 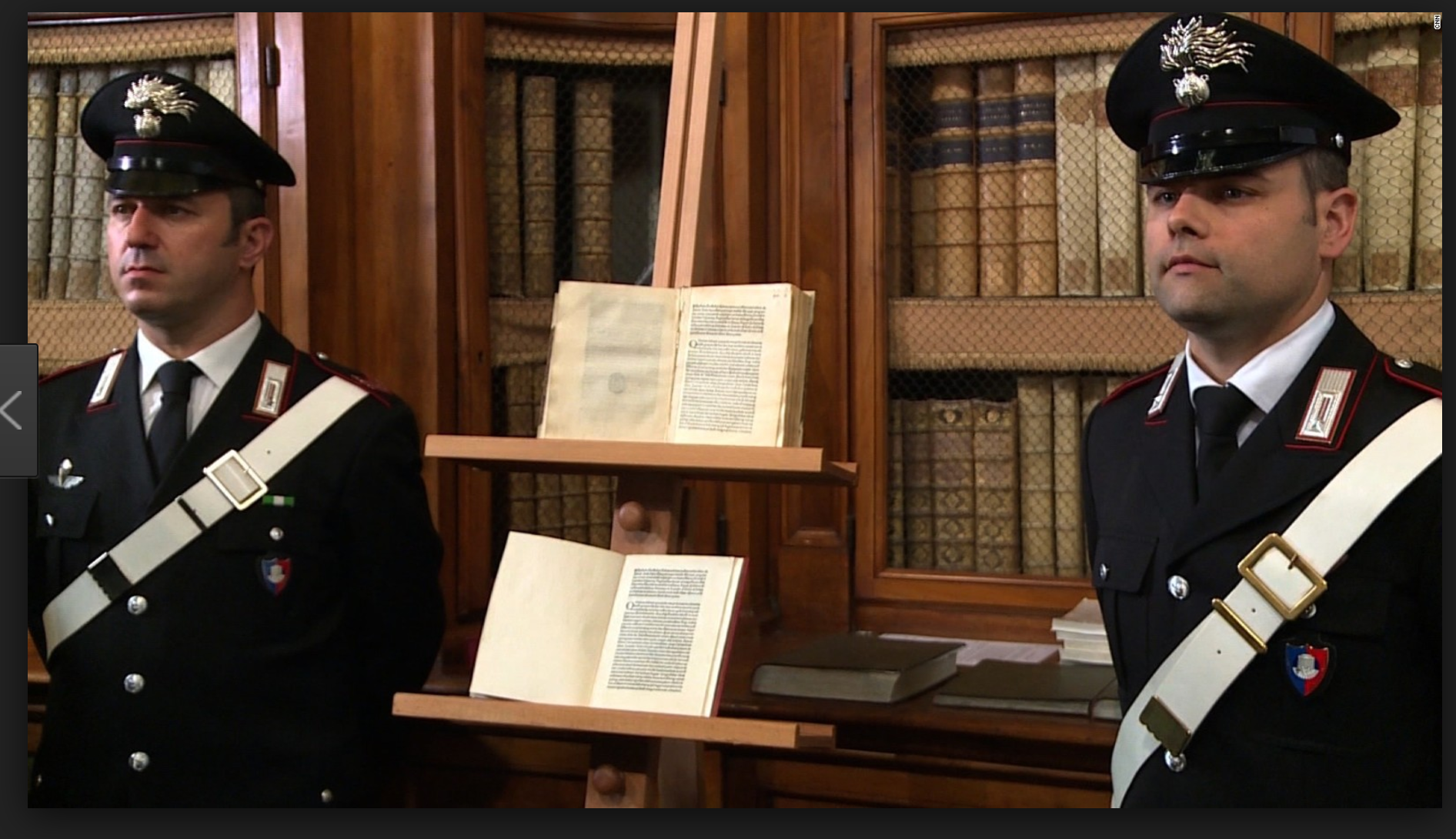 In 1492 Columbus sailed the ocean blue but only after the kings of Portugal, France and England turned down the opportunity to finance his adventure and King Ferdinand and Queen Isabella stepped in.  In so doing they rescued their careers from oblivion, earning a place in thousands of textbooks that have carried their names into the present and certainly on into the future.  It was an excellent career move.  For this, Spain was awarded a significant piece of the New World that today speaks their language.  It pays to be first.

As a riff on this historical melody it’s long been known that first printed references to Columbus’ discovery have also been desirable.  So desirable in fact that some copies are known to have been stolen.

Recently a copy, long missing from the Vatican’s archives, has been discovered in the United States and returned to the home of Saint Peter’s Basilica.  The Pope, we assume, is overjoyed.

The rare artifact was found in Georgia, the state, not the nation, some dozen years ago.

So this is a reminder that the right of replevin, the unlimited right of those who have had material stolen, can, if their material surfaces, demand its return.  The law is alive, well and probably gaining strength as the internet shrinks the globe making material missing in one country increasingly transparent to institutions, dealers and collectors worldwide.  To paraphrase Columbus, “it’s a new world.”