Alexander Hamilton: On Exhibit in New York and Online 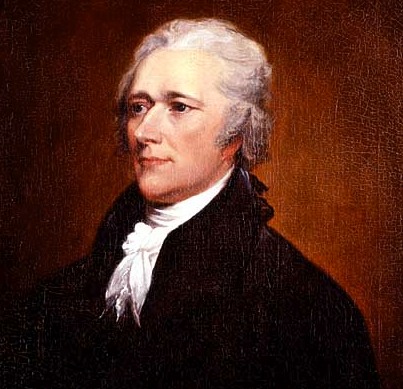 If you are anywhere near New York City this month, you still have a chance to take in what is an absolutely wonderful exhibition. The location is the New-York Historical Society at 170 Central Park West, and the subject is Alexander Hamilton. The exhibition runs through the 28th of February 2005. For those unable to attend in person, you may find a glimpse of this exhibit online at www.alexanderhamiltonexhibition.org/virtualtour/good.html. Be sure to check out the virtual tour.

Hamilton was one of the most important of America's founders, but he never received quite the glowing press of some his fellow leaders, at least not until recently. The result is he never made it into the hearts of generations of schoolchildren the way his rival Thomas Jefferson did. Jefferson also had the good sense not to get himself killed in a duel while still relatively young, so he had more time to work on his legacy. Perhaps Hamilton himself is much at fault for the lack of recognition he received. Somehow he managed to get himself into battles with just about every other founding father. He could turn a molehill into a mountain, which explains why his life ended as it did. Still, despite his managing to anger just about every other founding father, he did retain the enormous respect of one. If you were to have one devoted believer in the first years of America, who better could you choose than George Washington?

Hamilton's primary contributions were to America's financial and economic systems. He served President Washington as Secretary of the Treasury, and his programs saved the new nation from impending bankruptcy. He was the one who fought for the federal government's assuming the war debt of the states. He was behind the nation's first taxes. He promoted industrialization, which enabled the nation to develop into the powerhouse it became. He also supported a strong navy. Hamilton was a supporter of a strong federal government, and with James Madison and John Jay, wrote the Federalist Papers, which urged adoption of the Constitution. In fact, Hamilton was a prolific writer who could write about anything under the sun.

Hamilton was perhaps not as dedicated to electoral democracy as some of his fellow founders, and this may be the major reason he did not become the icon Jefferson did. Too often he has been painted as the aristocratic foil to Jefferson's image as defender of freedom and democracy. He supposedly had some monarchist tendencies, and favored the election for life of senators. However, Hamilton's concerns were that too much democracy could lead to too little liberty, not too much.