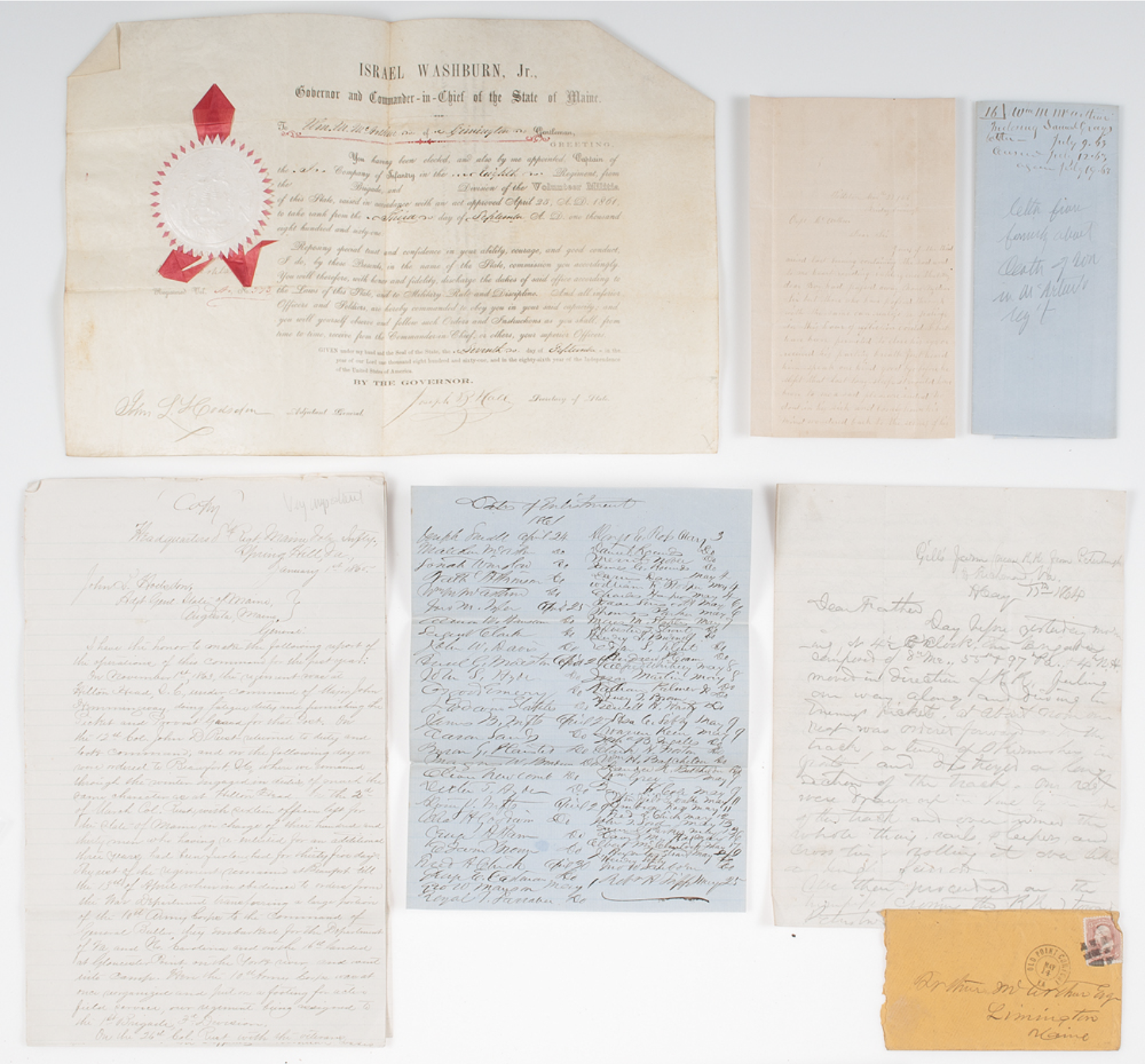 Cowan’s Auctions, based in Cincinnati and in business since 1995, has been an auction house always at the forefront of technological advances. One of the first houses to boast a website and to conduct online sales, they, along with five competitors, launched Bidsquare, a bidding platform focused on ensuring the highest levels of quality and honesty in auctions, in 2014. Cowan’s is renowned in the field for their sales of Civil War-era material, and this month, they’re hosting an online-only sale that will be conducted, of course, through Bidsquare, and of course, Civil War material is at the forefront.

Norm Flayderman of N. Flayderman & Co. passed away in May, 2013, and for over 50 years, he was known for vast expertise in the fields of antique firearms and militaria, having published 118 consecutive editions of his catalog and authored Flayderman’s Guide to Antique American Firearms and Their Values. The Flayderman family ran the N. Flayderman & Co. business for several years following his death, but they have since decided to close shop and auction the remaining inventory. Significant offerings were sold by Cowan’s in February and June of this year, and this month, beginning July 6th, and ending July 16th, a timed online sale of Property from N. Flayderman & Co. will be taking bids on 300 items, the majority of which are Civil War lots.

Estimates for the sale are quite reasonable, topping out at just $1,500 and the large majority estimated under $1,000. A highlight lot from the sale includes over 1,000 papers of records relating to the 11th Massachusetts Infantry and 3rd Army Corps during the Civil War. The documents in the lot include (but are not limited to) autographed letters signed from various soldiers and officers, receipts for the 3rd Army Corps, 2nd Division 3rd Brigade, general orders, monthly reports for the sick and wounded of the 11th Massachusetts for April and June 1864, and a document recording payments for paroled prisoners in Camp Parole. All together the lot is a unique and detailed glimpse into the war-time experience of Union soldiers, and it is estimated $1,000 to $1,500.

Another lot offering as unique a view of the Civil War experience is a series of 79 papers written by or related to Brigadier General William M. McArthur of the 8th Maine Infantry—47 of which are letters written home to his father. Within these letters are descriptions of some of the most difficult times in the General’s career: the action before Petersburg and events at Bermuda Hundred and Dewry’s Bluff. In one of McArthur’s last war letters to his father, from Richmond in May, 1865, he provides perspective on the end: “The war is indeed over. How strange it seems here in the field—so quiet—no alarms—Only the soldier can appreciate peace.” The archive of McArthur papers is estimated $800 to $1,000 and is certain to please an avid collector of the war.

Collectors of American political autographs will be happy to learn of two specific lots: one being a large collection of autographs, including senators, representatives, and cabinet members, and the other a collection of U.S. Secretaries of State autographs. Both are estimated $500 to $1,000.

The sale can be viewed by appointment at Cowan’s Cincinnati sales room. To make an appointment or to request additional information and condition reports, please contact Katie Horstman: Katie@cowans.com.