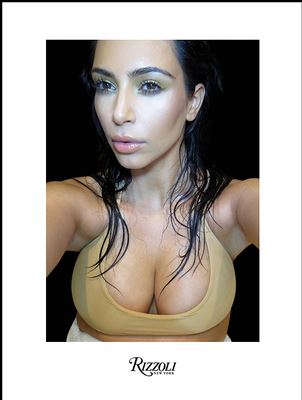 Carl Puia is not a hero. Many have made him out to be. The 74-year-old Glastonbury, Connecticut, native is clearly frustrated by the direction of society. His frustrations are understandable. I share them. Still, destroying books is not the answer. The problem is in us, not the books. I have no idea what the answer is, but this isn't it.

Carl Puia walked into a Barnes & Noble in his hometown last October and spilled some red liquid, perhaps ink, on six copies of Kim Kardashian's book, Selfish. In a tongue-in-cheek description of the crime, the Glastonbury police reported, "Six copies of the book were destroyed in the massacre and could not be revived." Somehow, he managed to escape and was not arrested until five months later, when he voluntarily turned himself in. Police were looking for him, though one imagines they couldn't have been looking all that hard. The crime was caught on the store's surveillance cameras and Mr. Puia made no attempt to disguise himself.

Mr. Puia left a long typed note at the scene of the crime. According to Glastonbury police, he expressed his dislike for Ms. Kardashian and people like her. He was booked and released on a $2,500 bond.

The website TMZ reported it had contacted Mr. Puia and gathered a few more details concerning his motivation. He reportedly told them that a child picked up a copy of Ms. Kardashian's book, which the mother had to take away and put back. Mr. Puia felt that Barnes & Noble, quite literally, was not keeping up with the Kardashians. The book was too close to eye level for children. It needed to be up higher. He said he went to a store employee and requested the books be put on a higher shelf. A few days later, he returned to Barnes & Noble and found the books still on the lower shelf. That is when he left the store to pick up the red liquid, returned, and spilled it on the six copies. Mr. Puia told TMZ that he didn't believe children should be exposed to such pornographic content.

Ms. Kardashian's book is at best soft porn by today's standards. It is a book of "selfies," and she is not always modestly dressed in the pictures. However, this book is more in keeping with Ms. Kardashian's celebrity image, that of an egotistical person with no particular talents, someone who is a celebrity for being a celebrity, kind of a circular explanation. The book is filled with amateur pictures she has taken of herself, be it around the house, the pool, with friends, or whatever other, not very exciting things, she does. The book would be of no interest if she wasn't a celebrity for no particular reason.

In defense of Ms. Kardashian, whom many consider to be vacuous, she (and her family) are great self-promoters. That is the one thing she does, and she does it very well. Self-promotion can take you a long way these days. Might even make you President someday. These days, even figures such as film stars or talented athletes have discovered self-promotion is important to achieving the greatest fame, and the rewards that come with it. That someone without such skills can self-promote herself to such great celebrity success anyway is utterly remarkable. It is not so much Ms. Kardashian who is vacuous, as are we, caring only for fame, with little concern as to whether it was earned for some worthy reason. The public adoration for people like Ms. Kardashian, over great scientists, writers, and other accomplished leaders, will not change because we destroy Ms. Kardashian's books. It is not her or her books that are at fault. We are.