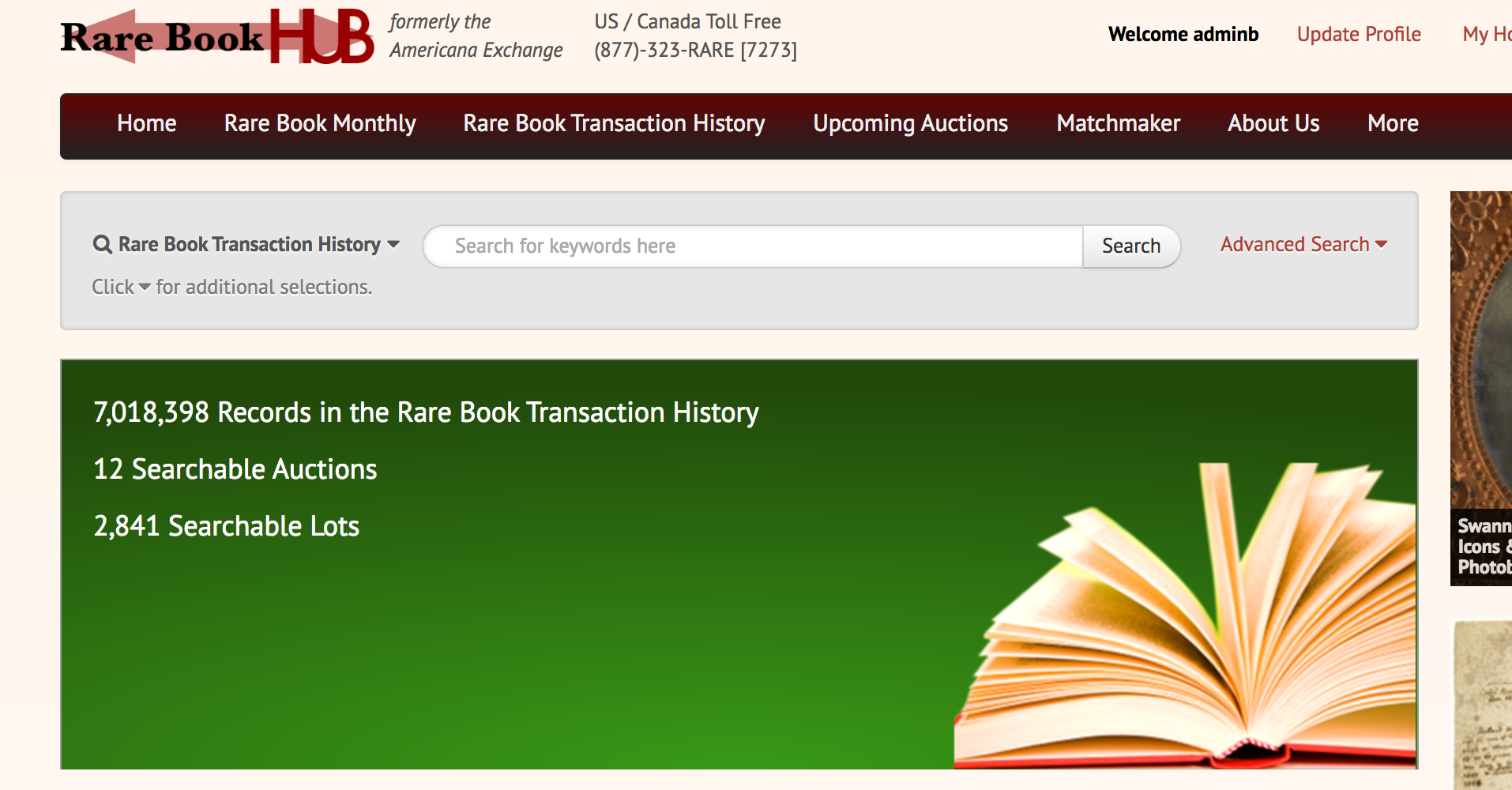 Increasing clarity on collectible paper pricing over the past 155 years

A year ago as we made the year-end turn from 2015 to 2016 we reported that the Rare Book Hub Transaction Database had reached six million full text records.  It’s now a year later and as we start 2017 the RBHTD has passed seven million.

The material we added this past year is a combination of 40% new auction and 60% older auction records, mainly the records of the Anderson and American Auction Galleries, for the period 1900 to 1938.

During 2017 we will continue to add more Anderson and American Gallery material and in addition, the archives of Park-Bernet for the period 1938 to 1977.