Where It All Began - A Visit to the American Antiquarian Society 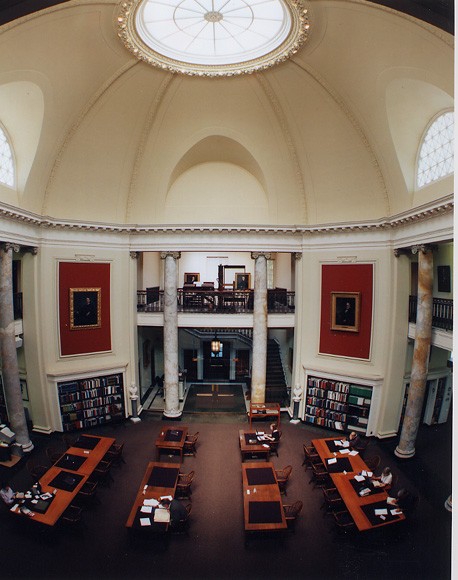 “I want every thing and collect every thing.” That may sound like a quote from your four-year old, but in reality it comes from Christopher Columbus Baldwin, third librarian of the American Antiquarian Society (AAS). It succinctly describes the Society’s view of collecting. Within its field, printed Americana through 1876, the AAS literally wants a copy of everything. What is truly amazing is just how close the Society has come to pulling this ambition off. Today the Society holds two-thirds of all known material printed in what is now the United States from the 1640’s “Bay Psalm Book” (the first obtainable US imprint) through 1821. It also holds one of the world’s largest collections of printed Americana from 1821-1876. There is no other collection of early printed Americana anywhere that compares with this remarkable collection.

So how did this unique collection end up in the somewhat obscure city of Worcester, Massachusetts? That goes back to the Society’s founder, Isaiah Thomas. Thomas was a Boston printer who began to learn his trade at an early age. We’re not kidding when we say “early age.” Thomas’ father abandoned the family, and young Isaiah was sent off to set type at the age of six, before he could even read. Eventually, he grew up, bought his own press, and went on to be one of his generation’s most successful printers.

In 1775, as relations became strained between the colonists and the British, Thomas moved his press to the security of Worcester, just three days before the Battle of Lexington and Concord. Some believe he may have blazed Paul Revere’s trail, though probably not quite as quickly if he was carrying his printing press behind. In Worcester, he became a successful printer, publisher, bookseller, and, in time, an obsessive collector. Thomas had the foresight to understand the value of preserving the material of our history even before it became history. He purchased everything from newspapers printed during the Revolution to contemporary printed music.

Finally, in 1812, Thomas got together with a few others who shared his passion for preserving history and the American Antiquarian Society was born. He contributed both his library and a substantial sum of money to start the venture. With war against the British once again looming, it was decided that the collection would stay in Worcester, safely inland from the British fleet.

The rest, as they say, is history. Collections were expanded throughout the nineteenth century. A second building was constructed to replace the original, and in 1910, the Society’s third, and current, home was completed. At that time, the AAS abandoned its archaeological collections to focus strictly on print. In its earlier years, the Society had collected almost anything related to America, but this became too enormous a task for an organization of the AAS’ size. Out went the mummy and the plaster casts of European statues, sent to institutions where they fit the collections. Today, almost two hundred years after its founding and three expansions of the 1910 building later, the AAS holds the world’s greatest collection of pre-1877 printed Americana. The AAS collection consists of over three million pieces and continues to grow. It fills up twenty miles of shelves. And, it remains safely out of reach of the British fleet.