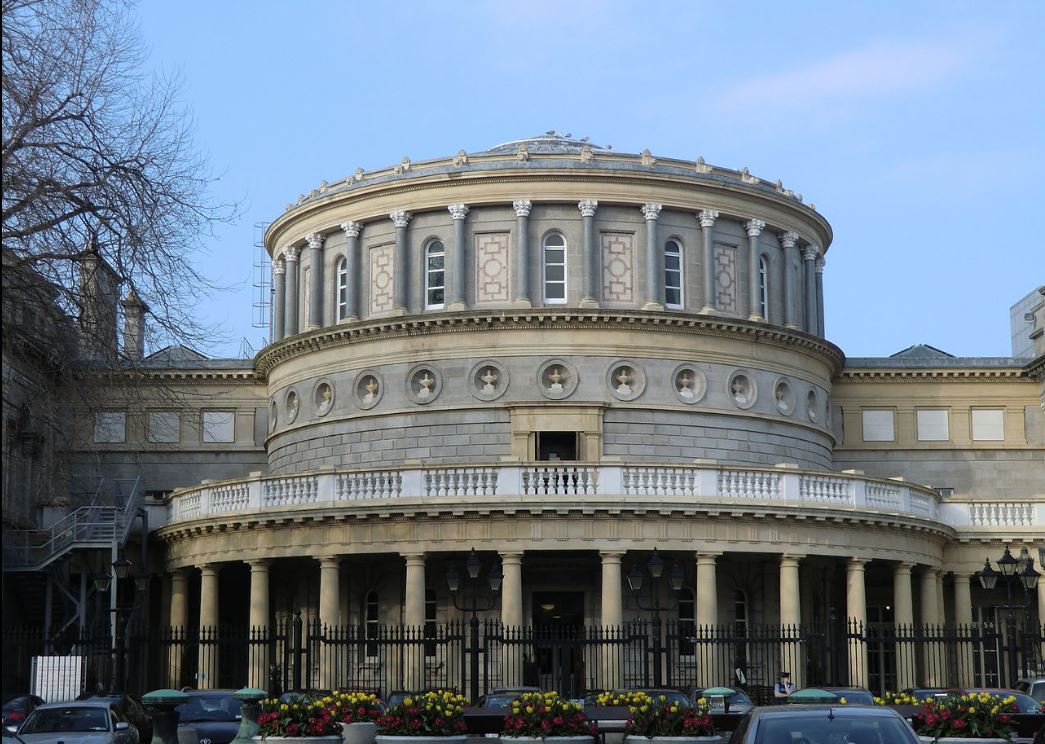 The National Library of Ireland.

An Irish librarian who stole many valuable books from his employer over a long period of time was fortunate to be tried before a sympathetic judge. Different judges and jurisdictions look at crimes differently, with sentences ranging from lenient to harsh, and which is better at rehabilitating criminals and protecting the public is anyone's guess. What can be said is that 37-year-old John Nulty was fortunate that Judge Martin Nolan saw him as an eccentric man with a problem and decided to give him a chance to redeem himself with limited consequences if he tows the line going forward.

Originally, Nulty was charged with 216 counts of stealing books from the National Library of Ireland. They were valued at £199,322 (approximately $262,000). However, he was allowed to plead guilty to the taking of just eight of them. The thefts continued over a period of nine years, from 2004-2013. A couple of books were also taken from another library. Nulty's counsel indicated there was no particular pattern to his thefts, at times taking a single book, other times a bag full of them. Counsel also said he was taking them for his own home, as opposed to reselling them. This weighed in the Judge's decision to give him a lenient sentence. Nonetheless, he was caught as a result of a couple of books missing from the National Library being offered for sale online. They were offered by an unknowing dealer who purchased them from Nulty.

His attorney explained this discrepancy by saying Nulty only sold some of the books when facing financial difficulties in 2013. This claim was supported by the fact that most of the books were still in his home or a separate storage site. The library was able to recover all but about £5,000 worth of the missing books. Also according to his counsel, Nulty at one point considered burning all of the books to put it behind him, but his love for the books and appreciation of their value prevented him from doing so. Naturally, counsel said that he was extremely remorseful and that he came from a good family. His prior record was clean save for a minor public order offense.

Judge Nolan sentenced Nulty to 2 ½ years in prison. However, the Judge also said that it would be unjust to immediately imprison the defendant. Consequently, he suspended the entire sentence. If Nulty stays out of trouble the next 2 ½ years, the sentence will effectively be served without ever setting foot in prison. Judge Nolan stated that if Nulty had been primarily selling the books for a profit, he would not have suspended the sentence, but considering his cooperation, that all but £5,000 worth of the books were recovered, and that he was motivated more by an obsession that got out of hand than money, the Judge did not feel it was right to send him off to jail without another chance.

Mr. Nulty certainly dodged a bullet on this one. Two and one-half years would be a long time in prison for someone whose life of crime was spent in a library. We don't always get a second chance, but when we do, it is best to take it.