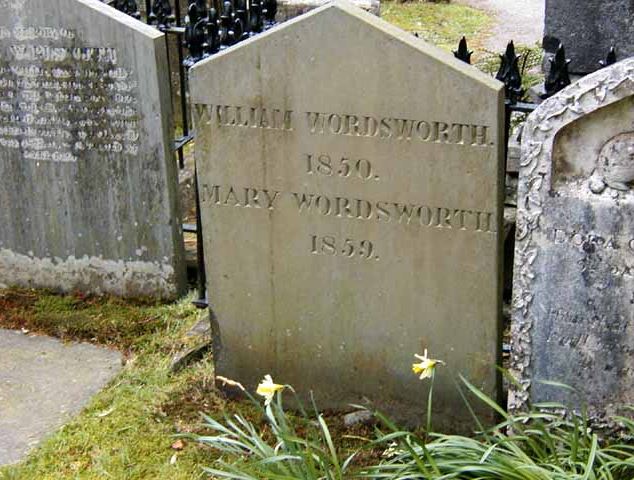 Book theft is never pretty, but sometimes it's even uglier than usual. Some thief unknown reached new depths with the theft of a prayer book from an English church. It was not any prayer book. The church might have been content if someone badly enough wanted an ordinary prayer book from which to study or pray, though they undoubtedly would have much preferred the person ask. This particular book was old and valuable, a gift from the church's most notable member nearly two centuries ago.

The church was St. Oswald's Church of Grasmere, in the Lake District of Cumbria, England. It dates back to the 14th century. There have obviously been many parishioners there over the years, but none is better known that the 19th century Romantic poet, William Wordsworth. Wordsworth loved the countryside, which is why he settled in the Lake District. He and his friend Samuel Coleridge, along with Robert Southey and others who shared his love of the area, would become known as the "Lake Poets." While the Lake Poets had different styles, Wordsworth and Coleridge were noted as the leaders of Romantic poetry, centered in the countryside, based more on feelings than facts. Its period of greatest popularity was 1800-1850, which roughly parallels Wordsworth's career.

The prayer book came from Wordsworth. The best guess is he signed it and gave it to the church. Certainly it has been there a long time, as far back as anyone can remember, and if they are right, it was received no later than 1850 when he died. Presuming it was a gift of the poet himself, it would have been something special as Wordsworth would already have been one of the most popular poets in England at the time. The prayer book was published in 1835, while Wordsworth's reputation had taken off back at the turn of the century.

St. Oswald's Church kept the book under glass and on display. The church is left open during the day. Many tourists come to Grasmere and one of its notable sites is the church Wordsworth attended. He is buried there, along with his wife, siblings, some children, and other members of the Wordsworth family. He may not be quite as well known today as he was at the time, but Wordsworth to this day remains one of England's most notable poets.

At some point during a day in June, between 8:30 and 5:30, when the church is open, the thief came in, broke the glass, and took off with Wordsworth's prayer book. Other books were left alone, so the thief obviously knew it was of unusual value. Booksellers in the area have been notified to be on the lookout for it. Hopefully, it will be found. Church officials were deeply saddened that such a piece of their history was taken. They also are upset at the thought that they may have to restrict access, knowing the vast majority of people visit out of admiration for Wordsworth.