An Art Find in Moscow, But Millions of Stolen Books Are Still "Lost" 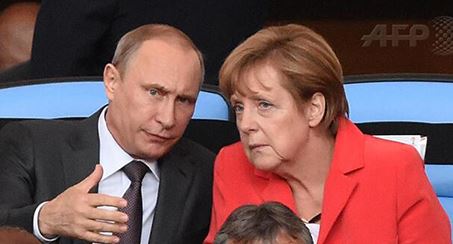 This may be too difficult for President Putin and Chancellor Merkel to resolve.

A recent find in the storage area of a Moscow art museum throws renewed light on the greatest pillage of books in recorded history. The tracking down of a stolen book, such as the recent return of a Columbus Letter from the U. S. Library of Congress to the Italian library from which it was stolen, was a cause for rejoicing and a ceremony featuring public officials. However, there are literally millions of stolen books whose whereabouts are generally known that languish in poor conditions with few attempts at preservation. Despite attempts to resolve the issues that keep them where they are, resolution still appears a long way off. The devil is in the details.

The event that brought this issue back to public attention was a recent find, announced by Russian and German representatives, of 59 sculptures in the Russian museum. Most were damaged, some badly. It prevented their display for the roughly 70 years they have been there. They are part of the spoils of what is known as the "Trophy Brigades," public and private citizens of what was then the Soviet Union who looted vast numbers of cultural artifacts from Germany at the close of World War II. Works of art, such as paintings and sculptures, sometimes worth millions of dollars, along with very valuable items from antiquity usually get the most attention. However, many books were also taken, many, many. Estimates have ranged from 1-2 million to 12 million, some larger. The absence of record keeping, or impossibly bad records kept in the old Soviet Union, make precise tracking impossible. Still, it is known that many specific Russian libraries hold a great many of these books, though most lie unseen in storage hardly suitable for books of any value.

What makes this issue so difficult is differing views on who has rights to this material, Russia and Germany, not surprisingly, having differing opinions. America and Germany have figured this out. Items looted by American soldiers at the end of the war are returned to their rightful owners in Germany when found. If they were taken from a state museum, they will go back to the state; if stolen by the Nazis from Jews they shipped off to extermination camps, they go back to the surviving family of those victims.

The Russians see it differently, and not without cause. At the end of the war, they deliberately sent out their trophy brigades to loot museums, libraries, and other institutions. They filled railroad cars with "trophy books" during the process. However, they saw it as just compensation, or reparations. The Germans had destroyed many works in Russian museums and libraries while attacking the Soviet Union in the early years of the war. Some artifacts served as replacements. Other damages, and lives lost, to Russia were incalculable. Additionally, the Nazis were notorious looters themselves. Some unknown but large number of books were stolen from the Soviet Union and shipped to Germany during the war. Additionally, the Nazis stole books and art from other European countries they conquered. The result is that not only German books, but Russian, Dutch, French and others were also in the cache of trophy books that ended up in the Soviet Union. Naturally, the stolen Russian books belong where they are, but should French books looted by the Nazis be returned to Germany?

Fortunately, the issue was partly resolved in the 1950's. The Soviets had more art and books than they knew what to do with, and decadent western art, along with books in European languages, were not that appreciated in a state where only works extolling the virtues of workers and communism were valued. And, at that time, Germany was divided into East and West, with East Germany then a client state of the Soviet Union. They shipped about half of the material back to East Germany. However, even that has left some dispute. Ancient Pergamon artwork, from the ancient Greek city that is located in what is today part of Turkey, is claimed by Turkey. That is part of another whole can of worms – antiquities gathered by western European archaeologists in other times are now claimed by the countries from which they were originally taken. Meanwhile, the half of the works the Soviets did not return to East Germany in the 1950's remains in Russia, an issue yet to be resolved.

In 1990, as the old Soviet Union was collapsing, they reached an agreement with Germany to cooperate to resolve these issues. The Good-Neighborliness Treaty provides that each side will protect the other's cultural artifacts in their territory and return material unlawfully removed. However, in 1994, Russia passed legislation claiming federal ownership of cultural objects taken by "its right to compensatory restitution." In other words, in Russian eyes, the works were removed lawfully. Resolving the issues in a way satisfactory to Germany in light of this is hard to see.

However, simply identifying looted works, such as the 59 sculptures recently "discovered," and attempting to fix them up so they can be displayed in Moscow (not Germany), is a sign of progress. The material's origin and current location have been recognized, and steps to repair and preserve it taken. The two sides are working together. Still, ultimate resolution of where the art and books belong may have to be left to future generations.